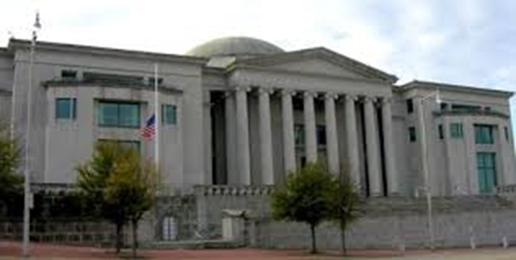 [On Friday] in a 170-page ruling, the Alabama Supreme Court rejected the U.S. Supreme Court’s marriage opinion by issuing its own Judgment in favor of Liberty Counsel’s Petition for Mandamus. In the petition, Liberty Counsel demanded on behalf of its Alabama clients – Alabama Policy Institute (“API”) and Alabama Citizens Action Program (“ALCAP”) – that the state’s probate judges obey Alabama’s Constitution and laws. On March 4, 2015, the Alabama Supreme Court ordered the probate judges to immediately cease issuing same-sex marriage licenses.

[T]he Court cannot buy support for its decisions by spending money and, except to a minor degree, it cannot independently coerce obedience to its decrees. The Court’s power lies, rather, in its legitimacy, a product of substance and perception that shows itself in the people’s acceptance of the Judiciary as fit to determine what the Nation’s law means and to declare what it demands…. [A] decision without principled justification would be no judicial act at all…. The Court must take care to speak and act in ways that allow people to accept its decision on the terms the Court claims for them, as grounded truly in principle, not compromises with social and political pressures having, as such, no bearing on the principled choices that the Court is obliged to make. Thus, the Court’s legitimacy depends on circumstances in which their principled character is sufficiently plausible to be accepted by the Nation.

“Justices and judges are bound to interpret the U.S. Constitution. When they write opinions that have no legal foundation, then their opinions lack legal legitimacy. That is what the five lawyers did on the U.S. Supreme Court in the marriage opinion. They ignored the Constitution, the Court’s precedents, and millennia of human history. Their opinion calls into question the legitimacy of the Supreme Court. When we the people lose trust in the Justices, the authority of the Supreme Court is undermined. If the people accept this 5-4 opinion, then we have transitioned to a despotic form of government. The people must now decide if we are governed by the rule of law or the whim of unelected judges,” concluded Staver.