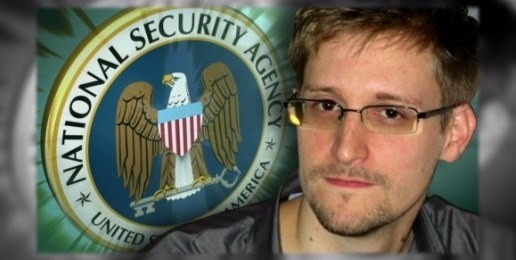 “For the foreseeable future,” says President Barack Obama, “the most direct threat to America at home and abroad remains terrorism.” Yet his remarks at the United States Military Academy Commencement Ceremony included no acknowledgement that NSA traitor Edward Snowden has made this kind of terrorism more likely. And there were no demands for Moscow to turn him over to U.S. authorities to face espionage charges.

Asked by editor-at-large Timothy W. Coleman if Snowden received help from a foreign intelligence service, he commented, “[I] have no idea if he [Snowden] was already in Russia’s pocket, but I feel certain he is by now, and they will already have emptied his computers into theirs. The Chinese, I think, cleaned his clock also.” This was a reference to Snowden stopping in Hong Kong before going to Russia.

But some journalists, on the left and right, seem to think they know more than the experts, and that they are better equipped to judge.

Kirsten Powers is supposed to be one of the more level-headed liberals on the Fox News Channel. But her USA Today column on Wednesday praising Edward Snowden mouthpiece Glenn Greenwald is amateurish in its analysis of what happened in this case, and cavalier in dismissing the real possibility that American lives will be lost as a result of this anti-American intelligence operation.

Powers, whose bio says she graduated from the University of Maryland (but doesn’t say in what), doesn’t seem familiar with the law. She noted that NBC’s David Gregory asked Greenwald, “To the extent that you have aided and abetted Snowden…why shouldn’t you, Mr. Greenwald, be charged with a crime?” She then commented, “This accusation, dressed up as a question, was nonsensical. That it came from a fellow journalist was bizarre. How could reporting news be ‘aiding and abetting’? What crime could Greenwald possibly have committed?”

As we said at the time, “The question is entirely legitimate. Section 798 of the Espionage Act absolutely prohibits the publication of classified information in the area of communications intelligence. That would include programs of the National Security Agency (NSA).”

The “crimes” are clear to anyone who reviews the law. The fact that Greenwald has not been charged is more evidence that the Obama administration is not enforcing the law. This seems to be a habit of this administration.

Powers says journalists who criticize Greenwald “seem to labor under the delusion that it’s their job to protect the government.” No, the government, in this case, is the people who expect the laws to be enforced. Snowden was a government employee who stole the property of the government. That is why he has been charged with theft of government property, in addition to espionage.

She also turns her attention to Michael Kinsley’s observation that “There shouldn’t be a special class of people called ‘journalists’ with privileges like publishing secret government documents.” Powers comments, “Actually, there should be, and there is. Without that protection, The Times could not have published the Pentagon Papers. Take that protection away, and we have zero oversight of the government from outside forces.”

In this case, Powers is horribly confused. The “protection” was given to the paper to publish the documents without prior restraint. The charges against Daniel Ellsberg, who stole the Pentagon Papers and provided them to the Times, were pursued. However, they were eventually dismissed because of allegations of government misconduct.

Finally, Powers writes, “Pentagon Papers leaker Daniel Ellsberg noted that the friendly fire against Greenwald is unusual. Ellsberg told an interviewer last year that though he himself was an enemy of the government for leaking secrets during the Vietnam War, ‘journalists were not turning on journalists.’”

First, Ellsberg was not a journalist. Second, as noted, the legal issue was prior restraint, not prosecution of the leaker. In addition, the Pentagon Papers were a history of the Vietnam War, unrelated to ongoing intelligence and military operations. That makes the Snowden-Greenwald case far different.

Finally, it is not a case of journalists turning on other journalists to question their behavior and point out when they violate the law.

Powers called journalistic criticism of Greenwald “strange fury.” No, it’s strange to promote the view that Greenwald should be above criticism and that questions about his conduct are somehow out of bounds.

Even more bizarre than Powers was a column by Joseph Farah in WorldNetDaily saying that Snowden, living in Moscow, should be given a ticker tape parade in the U.S. and welcomed back as a whistleblower. This was strange because Farah’s publishing house, WND Books, released the blockbuster, Disinformation: Former Spy Chief Reveals Secret Strategies for Undermining Freedom, Attacking Religion, and Promoting Terrorism, which examines how the Soviet Union/Russia remains a major threat to the U.S. Its co-author, Lt. General Ion Mihai Pacepa, the highest-ranking Soviet bloc intelligence official ever to defect to the West, told AIM that Snowden’s arrival in Russia was “the result of a well-prepared Russian intelligence operation” against the United States and that his analysis of the evidence shows that Snowden “is an agent of the Russian foreign intelligence service.”

Farah claims ignorance about Snowden’s motivations, and doesn’t seem to care. He should have consulted the co-author of one of his books. The former spy chief of Romania clearly understands the KGB/FSB.

“Apparently Snowden is willing to face the consequences of his action—which also makes him a conscientious practitioner of civil disobedience in its highest form, just like Martin Luther King Jr.,” Farah writes, in another mind-boggling statement. He quickly goes on to say, “He is willing to face trial if there is a deal that allows him to serve only a modest prison sentence.” So he is NOT prepared to face the consequences after all.

In effect, he wants a form of immunity from prosecution, no matter how many Americans die as a result of his treason.

Rather than encourage this kind of thing, journalists should be asking why the Obama administration is not doing everything possible to get Snowden back on U.S. soil to face espionage charges. As for Greenwald, the law dictates that he should be facing a grand jury himself, rather than hawking a book and flaunting his anti-Americanism.

Contrary to what Powers says, it seems that Greenwald has been admitted to the Washington insider club.