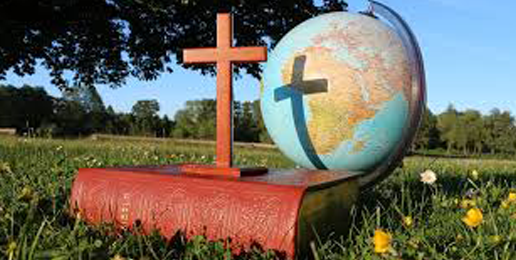 Why Christianity Is the World’s Most Eco-friendly Philosophy
09.15.18
PRINT

But we have reached a point where we no longer understand the role of man in the environment around us. What brought us here?

Darwin’s evolutionary theory concludes that man is part of the environment and a product of the evolutionary process from fishes to mammals. In Darwin’s naturalistic framework, human survival is interconnected with the complex environmental system.

Either way, taking care of the environment is a crucial aspect of everybody’s life unless we want intentionally want to tamper with it. Although that may sound a straightforward fact, it has been subjected to much confusion in the 21st century.

In recent decades, radical environmentalists have made man appear alien to the environment—not part of the system but merely extracting resources from it.

In the naturalistic framework, man has every right to do what it takes to succeed and outsmart other species on earth, more commonly known in evolutionary circles as ‘survival of the fittest’. Humans (or any species) do their best to survive and flourish throughout the earth.

Within the theistic framework, the Judeo-Christian worldview offers a solid basis on which the environmental interactions of man are defined and structured, allowing man to use resources for his propagation.

In both theistic and naturalistic worldviews, there is no reason to believe that man cannot use the resources the world offers and continue to flourish as a species.

So radical environmentalism clearly is not the ideal framework to support any endeavor that aims to improve the condition of our environment, for it despises the current success of the human species.

Between the theistic and the naturalistic frameworks, the Judeo-Christian worldview (within the theistic worldview) offers the better framework for the rightful use of our environment.

In naturalism, there is no over-arching moral law that prohibits him from enjoying the resources of the world. Any existing man-made law and courts of law are mere intra-species subjective moral laws that do not have an objective authority.

The Judeo-Christian worldview, in contrast, offers a more realistic prescription for the stewardship of the environment. Man can be held responsible for his actions that could have potential negative environmental impact on other human beings. Certainly, Christianity is by far the eco-friendliest philosophy.

The Judeo-Christian worldview is very detailed on the responsibility that citizens are to have towards one another. In fact, its whole tenet is based upon love—love towards God and love towards fellow human beings. And one cannot love his neighbors by polluting their front yards or their water sources.

Christianity in America has been wrongly caricatured by the radical environmentalists as a worldview that promotes human greed ahead of preserving the environment. This is false and blatantly misrepresents the two-millennia history of the Christianity, which has mostly produced individuals and institutions that have cared for the environment in various ways.

Like adherents of any other worldview, there are Christians who may have abused the environment, but that does not warrant abandoning the only framework that can bring meaningful change to the way we treat our environment.

In fact, a meaningful solution to the world’s environmental challenges can only rise out of laws and regulations that embody the Christian ideal of Biblical stewardship: men and women working together to enhance the fruitfulness, the beauty, and the safety of the earth, to the glory of God and the benefit of our neighbors.