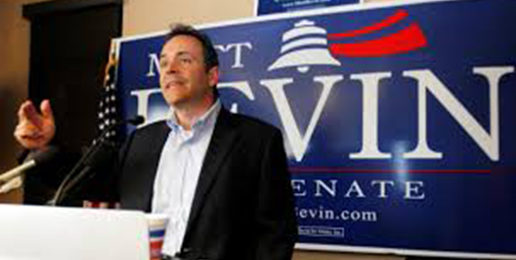 For some time now I’ve been saying that gay activists will overplay their hand and that the bullying will backfire. I’ve also said that we can outlast the gay revolution and ultimately, by God’s grace, turn the moral tide in America.

Of course, to speak like that is to invite all kinds of scorn and ridicule, not to mention the ugliest death wishes you could imagine. How dare we not roll over and die!

But events from the last 10 days remind us that, even though the cultural battles promise to be long and difficult, many Americans are ready to push back.

To begin with, the significance of the election results from last Tuesday can hardly be overstated.

In Kentucky, while the liberal media mocked Kim Davis the people of her state stood with her, electing Matt Bevin as governor in a crushing and unexpected victory over Attorney General Jack Conway.

And make no mistake about it: This was a direct statement about religious freedoms and redefining marriage.

After all, it was Conway who rose to national fame last year when he refused to defend the state’s ban on same-sex ‘marriage,’ despite his oath of office, explaining to Time magazine that, “Once I reached the conclusion that the law was discriminatory, I could no longer defend it.”

I guess the people of Kentucky didn’t get the memo that the ship has sailed and the culture wars are over.

Then, in Houston, lesbian activist mayor Annise Parker suffered a stinging defeat when her “anti-discrimination” bill, which focused on LGBT “rights,” was crushed by the voters.

In the aftermath of the massive defeat – 62 to 38 percent – Parker was reduced to insulting those who voted against the bill, calling them “transphobes” and more.

So, the people of Houston, America’s fourth largest city, are a bunch of transphobes.

Or, perhaps the triumph of LGBT activism is not so inevitable and there are real issues that having nothing to do with “homophobia” and “transphobia”? And perhaps there’s something to the fact that some strongly conservative Republican presidential candidates are polling better than Hillary Clinton?

Perhaps this really is time for pushback?

And what should we make of the fact that the NFL has decided to bring the Super Bowl to Houston in 2017 despite the defeat of Parker’s bill, even though proponents of the bill had warned that Houston would lose the Super Bowl if the bill was defeated? Perhaps even the NFL, well-known for preaching LGBT “inclusion,” sees the bigger picture?

In the aftermath of the Houston defeat, there were also small signs of a breach between gay activism and transgender activism, as indicated by a petition launched on Change.org by “a group of gay/bisexual men and women who have come to the conclusion that the transgender community needs to be disassociated from the larger LGB community; in essence, we ask that organizations such as the Human Rights Campaign, GLAAD, Lambda Legal and media outlets such as The Advocate, Out, Huff Post Gay Voices, etc., stop representing the transgender community as we feel their ideology is not only completely different from that promoted by the LGB community (LGB is about sexual orientation, trans is about gender identity), but is ultimately regressive and actually hostile to the goals of women and gay men.”

The petition was named “Drop the T,” and it’s a reminder of the fact that transgender activists have often felt left out by mainstream gay activism, as reflected in headlines like “Why The Transgender Community Hates HRC” (2007) and “Even After All These Years, HRC Still Doesn’t Get It” (2013).

This too is noteworthy, reminding us that there are cracks in the foundations of LGBT unity that could become wider in the coming years.

There’s one more story from Houston which is of interest, providing yet another example of LGBT overreach, this time in a case involving two Christians who were fired from the daycare center at which they worked when they refused to call a little girl a boy.

The girl in question, just 6-years-old, is being raised by two gay male parents, and we can only wonder if that has something to do with the child’s gender confusion.

As explained to Breitbart Texas by one of the fired workers, Madeline Kirksey, “the problem was not so much with the transgender issue as it was with telling young children that the little girl was a boy when she was not, and with calling her ‘John’ (not the name given) when that was not her name.”

Kirskey also noted that, “sometimes the little girl refers to herself as a little boy, and sometimes she tells the other children to not call her a boy or to refer to her by her masculine name.”

This child is clearly confused and needs professional help.

Instead, rather than getting help for the child, two Christians have lost their jobs, and I cite this example to say again that Americans will only put up with madness like this for so long, just as the selection of Bruce Jenner as Glamour’s woman of the year drew sharp criticism from a wide spectrum of women, including one well-known feminist.

The pushback continues, and the more that LGBT activists overplay their hand, the quicker the tide will turn against them. It’s only a matter of time.

And so, while as followers of Jesus we should seek to be peacemakers in our communities, loving our neighbors (including our LGBT neighbors) as ourselves, we should also stand tall against aggressive LGBT activism.

This too is part of our calling to be the salt of the earth and the light of the world (Matthew 5:13-16).

A User’s Guide To Free Expression And Bathroom Sanity

The Progressive ‘Super Story’ That Wasn’t
b
a
x
r