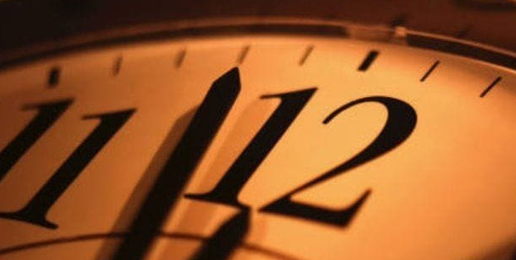 I was thinking about the birth of John the Baptist recently when an aspect of the story struck me in a new way.

The scriptural account of his birth (and even his life) is relatively condensed. We know that Zechariah and Elizabeth were old and childless when the angel made his appearance to Zechariah foretelling the birth of John the Baptist. We know there were the nine months of Elizabeth’s pregnancy. And then we know there was a period of years before John began his public ministry.

We can learn all of that in just a few minutes of Bible reading. And when we do, it’s easy to get caught up in the miracle and drama of it all and forget something that Zechariah and Elizabeth would have experienced very keenly.

Imagine what it was like for them to be told that they would be the parents of the very special child who would grow up to be the prophet who would precede the long-awaited Messiah. Imagine the excitement when they realized that the hundreds of years of God’s silence were ending, and that He was about to bring to fulfillment His longstanding promises to send a Deliverer to Israel.

What exciting news! What an extraordinary time it must have been for them!

But then they had to wait.

They had to wait for nine months while a child grew inside Elizabeth’s womb.

They had to wait for perhaps thirty years, more or less, until John began his ministry.

Days stretching into weeks, into months, into years, and into decades.

That’s a lot of waiting.

And yet, I can’t help but think that Zechariah and Elizabeth were well-accustomed to waiting. They had waited many years for a child who never came. And finally, perhaps, they had given up waiting and had accepted their lot in life—only to begin the waiting anew one miraculous day when an angel paid a visit.

I don’t know about you, but I don’t like to wait. My guess is that most of us don’t. When I’m facing a problem, I want it to be solved now. And when a challenging season of life starts drawing out, it’s easy to begin chafing at the delay and wondering why we can’t experience breakthrough sooner.

No doubt it’s partially human nature, but our culture of speed hasn’t helped this natural propensity. There’s hardly any aspect of our lives that can’t be performed exponentially faster today compared to several generations ago.

Unfortunately, that mindset of speed can get in the way of waiting on God.

We want everything now.

But some miracles are slow.

Sometimes we have to wait.

But you know, I have a hunch they’d say some miracles are worth waiting for.