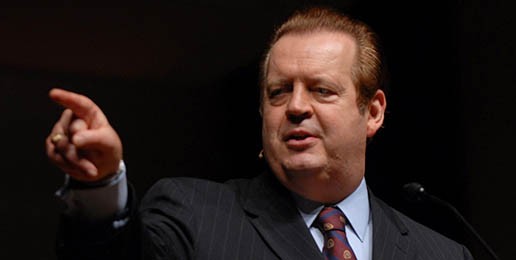 A longtime Christian leader says the issue of homosexuality and homosexual marriage are acting like a “truth serum” for evangelical churches.

Land made his comments Monday on American Family Radio’s “Sandy Rios in the Morning.”

Jackson and Land were discussing Weatherly Baptist Church in Alabama, whose pastor recently announced his support of homosexual “marriage” after a member of the church staff officiated at a homosexual wedding.

The church’s website describes the church as “inclusive,” which sometimes refers to a church that holds liberal views on homosexuality – and excludes more traditional ones.

Land is currently president of Southern Evangelical Seminary in North Carolina after leading the Ethics & Religious Liberty Commission, a part of the Southern Baptist Convention.

A lot of churches and institutions that have historically been evangelical and Bible-believing have drifted under the influence of the culture, Land claimed.

“Unfortunately, instead of being salt and light, they have been salted and lit by the culture,” he told the radio host. “They are now going to have the truth about them revealed by the way they respond to this issue.”

Land described the issue of homosexuality as a “truth serum.” That’s because it’s forcing churches to deal with the issue, and how the Bible addresses it, after churches have ignored it for many years, he said.

Some churches claim that the Bible isn’t clear on homosexuality since Jesus never denounced it in the New Testament.