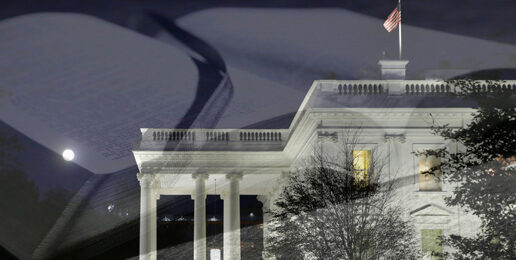 It’s undeniable. History shows a definite pattern of positive Christian influence on secular governments. The influence of Christians, both individuals and groups, has led to the abolition of slavery, polygamy, human sacrifice, and infanticide, as exemplified by the prohibition of abortion in the Roman Empire. Christian influence has led to a greater valuation of human rights, freedom of religion, and the concept of equality before the law. Even the acceptance of the right of an individual to own property is indebted to Christian influence.

The deeply-held Christian beliefs of Dr. Martin Luther King, Jr. were crucial to the success of the civil rights movement that outlawed racial segregation and discrimination.  Likewise today, tens of thousands of Christians who believe that all life has value and is a gift from God, form the backbone of the pro-life movement.

All of the above are wonderful examples of how Christian influence has urged our society to choose that which is good. In fact, it can be argued that, in the absence of Christian influence, governments will have no clear moral compass. In How Then Should We Live?: The Rise and Decline of Western Thought and Culture, theologian and philosopher Francis Schaeffer addresses this conundrum:

If Christians do not speak out publicly concerning moral and ethical issues facing our nation, who will provide the voice of moral guidance? If our government is devoid of Biblical guidance, where will it turn to determine right from wrong?  If we are unwilling to use God’s absolute standard, found in the Bible, to educate society as to what is morally and ethically right, where will society look to adopt moral standards? If Christians decline to champion ethics, will Hollywood, the mainstream media, or public schools and liberal universities insist that moral and ethical behavior must be an integral part of our nation’s DNA? Certainly not! In the absence of Christian voices, our adversaries rush in to fill the vacuum, and anti-Christian forces win the day.

Together with Dr. C. Everett Koop in their book Whatever Happened to the Human Race?, Francis Schaeffer wisely observed that what would have been considered unthinkable to a previous generation becomes thinkable to the next. Actions and attitudes deemed “immoral, even unimaginable and too extreme to suggest” become acceptable as succeeding generations “slide into each new thinkable without a jolt.” Schaeffer and Koop were right. In the past 8-10 decades, we have witnessed the unthinkable become thinkable over and over and over.

So, what is a Christian’s responsibility in regard to Christian influence? Are we obligated to do more than go to the poll and vote our conscience? Absolutely!  There are several reasons why I firmly believe we have the responsibility to engage our culture by participating in some level of political activism outside of casting a ballot every year or so.

As Christians, we have the responsibility to exercise our influence because a Biblical view of love requires us to do so. If we desire to keep God’s command to love our neighbor as ourselves, we must advocate for good public policies and oppose bad policies, and we must champion and vote for godly candidates for public office. It is imperative that we want the best, not just for ourselves, but also for our neighbors because the eternal disposition of their souls depends on it.  James 1:15 tells us: “Then desire, when it has conceived, gives birth to sin; and sin, when it is fully grown, brings forth death.” Knowing that God’s Word is true, how can we remain silent as our government, for which we will be called to give an answer, sets up stumbling blocks and promotes evil which will entice our neighbors into sin that leads to death?

If that reality isn’t enough to motivate us to a greater level of participation, let me appeal to our sense of self-preservation.  In Psalm 9:17, David writes that “The wicked shall return to Sheol, and all the nations that forget God. Nations that forget God are literally going to hell. Clearly, we cannot afford to distance ourselves from our government — a government that originates with the stirring words “We the people…”

Likewise, we cannot take silent refuge in our churches, because the church in America will be held to account. As our government embraces wicked policies that are an abomination to God, we must remain engaged and speak out.

Secondly, a Biblical view of stewardship requires that we exercise our Christian influence. When we acknowledge that God has given us the gift of self-government, we are compelled to use His gift in a manner that glorifies Him. If we fail to participate, engage, and utilize our government to bring glory to God, at the very least, we are taking His gift for granted and, at the worst, we are blatantly rejecting it.

Finally, a Biblical view of obedience commands us to exert our Christian influence. Numerous verses in the New Testament charge believers to be salt and light to a decaying and dark world. Our words are to be seasoned with salt and we are called to let our light — God’s light — shine before others. We cannot do what the Bible commands if we take cover in Christian huddles, moaning and wringing our hands!

The LORD is in all and He is over all.  If Jesus is your Savior, if He is your King and Sovereign, there is not one aspect of your life that is out of His jurisdiction!