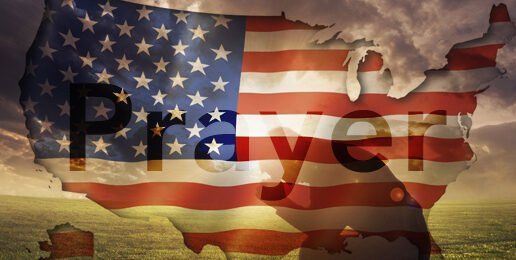 The story has been told of a foreign visitor who was being given a tour of Washington, D.C. by an American friend of hers. She was amazed at the size of the monuments, the buildings, and so forth. Then she gazed upon the U.S. Capital building.

“My, that’s an incredibly large building!” she remarked. “Yes, it’s pretty big, alright.” said her friend. “About how many people work in there?” she asked. Her friend responded, “Oh… about half.”

As Christians, we have the wonderful privilege of going to the throne room of God and lifting up our nation and its leaders to Almighty God.  His Word highlights the importance of doing so. First Timothy 2:1-6 instructs us,

First of all, then, I urge that supplications, prayers, intercessions, and thanksgivings be made for all people, for kings and all who are in high positions, that we may lead a peaceful and quiet life, godly and dignified in every way.  This is good, and it is pleasing in the sight of God our Savior, who desires all people to be saved and to come to the knowledge of the truth.  For there is one God, and there is one mediator between God and men, the man Christ Jesus, who gave himself as a ransom for all, which is the testimony given at the proper time.

God’s Word tells us to pray for all people. But God wants to be more specific here:  for kings and all who are in high positions (verse 2). The godless Emperor Nero was on the throne at that time, and yet the Apostle Paul instructed believers to pray for him.

Hey look, I get it, it’s easy to air our disgust with the current political/cultural rot on social media. It’s easy to muddy Twitter, Facebook and other platforms of our disappointments in our politicians. But what if we took that same energy and brought it before the King of kings?  What if we went to the One Who truly has the power to change things?  What if we went into the Throne room of God and intervened for our leaders?

Is praying for our nation and our political leaders important? You betcha! As Christians we should be the best citizens around. Let’s do our part to see and do God’s will here on earth… as it is in heaven.

“May the name of God be blessed forever and ever,
For wisdom and power belong to Him.
It is He who changes the times and the periods;
He removes kings and appoints kings;
He gives wisdom to wise men,
And knowledge to people of understanding.
It is He who reveals the profound and hidden things;
He knows what is in the darkness,
And the light dwells with Him.
To You, God of my fathers, I give thanks and praise,
For You have given me wisdom and power;
Even now You have made known to me what we requested of You,
For You have made known to us the king’s matter.”
~Daniel 2:20-23~