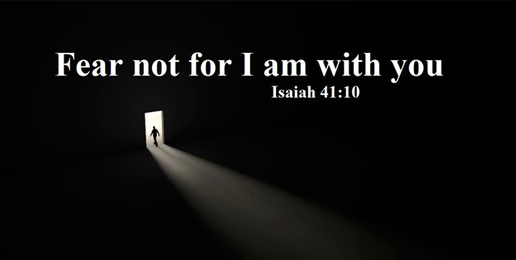 As we suffer to different degrees during the pandemic, Lois Lowry’s novel The Giver recalls a familiar quandary. The story is set in a dystopian society where disease, suffering, and death have been eliminated, and the problem of pain has been solved.

By the elimination of free choice. For the comfort of safety and security, human freedom is traded for a society in which every aspect of life is controlled: childhood, career, family, even language.

By the end of the story, one young member of the community realizes the safety they enjoy comes at a high cost. While the community is free from the negative aspects of human life, they’ve eliminated love, joy, and beauty in the process. The young man rebels, makes a free choice, and flees the community in search of a new life. After traveling on foot with a small child for many days in harsh winter weather, his strength is almost at an end:

The wind was bitterly cold. The snow swirled, blurring his vision. But somewhere ahead, through the blinding storm, he knew there was warmth and light. Using his final strength, and a special knowledge that was deep inside him, Jonas found the sled that was waiting for them at the top of the hill… the hill was steep but the snow was powdery and soft, and he knew that this time there would be no ice, no fall, no pain. Inside his freezing body, his heart surged with hope. They started down. Jonas felt himself losing consciousness and with his whole being willed himself to stay upright atop the sled, clutching Gabriel, keeping him safe. The runners sliced through the snow and the wind whipped at his face as they sped in a straight line through an incision that seemed to lead to the final destination, the place that he had always felt was waiting, the Elsewhere that held their future and their past.

Lowry suggests utopian efforts are futile, but she stops short of telling us why. Thankfully, we can turn to the Bible to fill in the blanks.

The Bible tells us that in the beginning, God created a perfect world. When Adam disobeyed God, he brought sin into the world, and the perfect creation came to an end. As Biola University Associate Professor of Apologetics Dr. Clay Jones says, “We’ve been attending funerals ever since.”

All efforts to create a world without sickness, pain, and death will ultimately fail because the problem of Adam cannot be solved by human efforts. Sin wrecks everything. Lowry ends her novel with ambiguous hope for the future, but the Bible tells us where true hope comes from. God sent His Son, Jesus Christ, to solve the problem of sin. He died for the sins of the world and offers a restored future paradise to those who repent and put their trust in Him.

Regardless of how many restrictions are put upon human freedom, we will never eradicate sickness, disease, or death, and the pursuit of universal safety is an illusion. Christian philosopher Cornelius Van Til noted, “Looking about me I see both order and disorder in every dimension of life. But I look at both of them in the light of the Great Orderer Who is back of them.” And that’s the key to making sense of life in the midst of a pandemic. We do all we can while acknowledging that “order and disorder” are part of the world we live in, and only God has provided a way out.

How can we find a perfect world? “Repent and believe the good news!” (Mark 1:15). By trusting in Jesus, we have hope for the future: “He will wipe every tear from their eyes, and death shall be no more, neither shall there be mourning, nor crying, nor pain anymore, for the former things have passed away” (Revelation 21:4).

At the end of the film version of The Giver, we hear the sound of soft voices in the icy air singing “Silent Night” as the sled approaches a warmly lit cabin at the bottom of the hill. Though not an explicitly Christian film, the end points to the gospel of Jesus Christ.

Apologetics in the Family
b
a
x
r