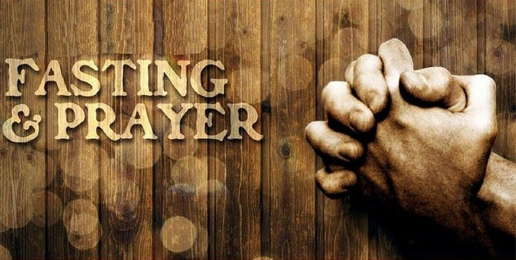 Christian believers in Illinois are never at a loss for issues to pray about. With the upcoming election and yet another opportunity to affect change in our state, we invite you to join us in 3 days of fasting and prayer just prior to and including March 20th.

The apostle Paul reminds us not to get discouraged or anxious, but rather in every situation, to pray and petition God. We are also told that our weapons are not of this world and that the battle is a spiritual one that is taking place in the heavenly realm NOW.

The people of God were in a time of great desperation. A province wide decree has been set in place that all Jews would be killed and eradicated from existence. So a plea to the only person that could turn the heart of the king concerning this situation is given to Queen Esther, who, unbeknown to the king, is herself a Jew.

Mordecai, the cousin of Queen Esther, sent her a message, “Do not think in your heart that you will escape in the king’s palace any more than all the other Jews. For if you remain completely silent at this time, relief and deliverance will arise for the Jews from another place, but you and your father’s house will perish. Yet who knows whether you have come to the kingdom for such a time as this?” (Esther 4:13-14)

God has always worked through His people – specifically through their prayers and fasting. What might seem to us an impossibility, is but a simple task for God.

During the days of March 18th, 19th and 20th, I am asking the body of Christ to fast and pray specifically for:

Victory for God-fearing candidates across the state of Illinois (Exodus 18:21)

Many are unaware of the harm recreational marijuana will bring to Illinois families. Other states that have legalized marijuana are reaping the consequences.

We, the body of Christ, are faced with a great opportunity to seek after God, the King, to change the direction of the present day political system. We are here for such time as this!

You may fast on those three days any way the Holy Spirit may guide you. One suggestion for fasting may be the Daniel fast, which is mainly eating only fruits and vegetables. You may also fast drinking only natural juice and water or not eating from 6AM to 6PM, only drinking water. Whatever you are led to do by the Lord, do it to the best of your ability.

Let’s bring these scriptures relative to our present day. We must, to the best of our ability, preserve our culture for our progeny. I pray that all the body of Christ will take on this important endeavor of calling on the Lord to change Illinois for the better. 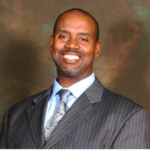 Spiritual motivator, anointed Man of God, visionary, and faith walker are just a few words that describe Apostle Bishop L. Smith. He serves as a senior pastor for Fulfilled Purpose Church International in Chicago, IL to educate and train in all areas of Christian living.  He has the vision to bring forth life into barren communities by fostering life and power into ministries. Apostle Smith believes in leading a dedicated remnant of God’s people to change families, communities, regions, and the world. Apostle Bishop L. Smith has over 26 years of counseling and teaching experience in promoting growth and development for individuals, teams, communities, and churches.