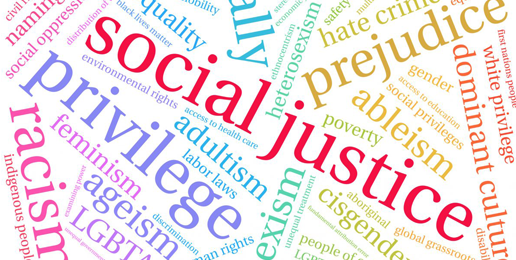 The Church of Social Justice Embarrasses Itself with Statements Like This
02.07.19
PRINT

The Social Justice church continues embarrassing itself.  And while I continue praying for unity within the church of Christ, for the diminishment of manufactured schisms and the futile exaltation of man-made schemes for worldly reconciliation, it’s getting to the point where I’m convinced that this movement is just going to have to burn itself out by butchering its own credibility amongst the brethren.

Commentaries like the one offered recently by social justice theologian Timothy Isaiah Cho convince me the credibility-butchering has commenced in earnest.  Check out this masterpiece: 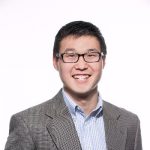 “If the references in your pastor’s sermons, the books used in small groups, the resources passed between the laity, the music sung in worship, & even the reflection quotes in your worship bulletins are predominantly by White men, your church is promoting a truncated Christianity.

This communicates to those in the church that the real gatekeepers of orthodoxy – and those who are the only ones worth listening to – are White men. It says that authentic worship – and that which we should rightly emulate – originates from White men.  It declares that the church property belongs to, is led by, and influenced by White men. It says that women and people of color are properly always to be listeners, submitters, and passive bystanders in the church who should be grateful for the place they’ve been allotted by White men.

In contrast, Jesus’ church is the epicenter of equity and diversity. Each part of the body is weak and incomplete in faith without all of the other parts, and we are called to mutually submit one to another while exercising our respective gifts in service to one another.”

Apparently, Cho has determined that his “gift” is sowing division in the body along the lines of man-made, social constructs like race.  Offering no exegetical evidence for his position, it’s just a stunningly tone-deaf statement in light of the reconciling work of the Holy Spirit, and it stands in flagrant contrast of the command Jesus gives His disciples, “Do not judge according to appearance, but judge with righteous judgment.”

In other words, while Christ is instructing His disciples to test all things against the perfect standard of His word alone, social justice theologians like Cho would discard that benchmark in favor of a skin melanin quota system.

It’s as absurd as it sounds.

Luckily, as I alluded to earlier, this kind of conspicuous nonsense is increasingly being exposed.  That’s good for Christendom.  For instance, by Cho’s standard, if the preaching of your church featured the writings of predominantly Jewish men, it would be promoting a truncated Christianity.  Given that predominantly Jewish men were the authors God selected to write His Word, the accusation would seem to have some inherent flaws.  It’s almost as though the real test of the references, quotes, and perspectives offered in a church service should be their fidelity and faithfulness to the text.

But again, what is most unflattering about Cho’s social justice gospel is that it masquerades as a path towards reconciliation while flying in the face of the testimony of inerrant Scripture.  Writing on the ministry of reconciliation himself, the Apostle Paul penned these words inspired from the Holy Spirit:

“So from now on we regard no one from a worldly point of view. Though we once regarded Christ in this way, we do so no longer.”

Truncated Christianity is the kind that doesn’t offer the full counsel of God; the kind that falls short of God’s declared Word to man, or worse, the kind that undermines or conflicts with it.  Regrettably, that’s the kind being peddled so fervently by social justice activists like Timothy Isaiah Cho.

Coronavirus Should Remind Us Big Government Isn’t The Answer

Propaganda Network CNN Gets Upset About Propaganda
b
a
x
r