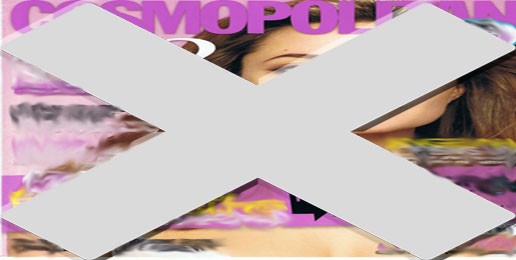 The campaign to put Cosmopolitan magazine behind blinders in stores is gaining momentum.

The magazine, which targets women ages 18-34 with explicit articles and pictures throughout, often also displays explicit images and teaser titles on the cover. Dawn Hawkins of the National Center on Sexual Exploitation brings families up to date on the campaign to hide the magazine cover.

“We got RiteAid and Delhaize America, which is the owner of Food Lion and Hanniford Stores, to put Cosmopolitan magazine behind blinders,” she says. “Then Walmart got back [with us] and said that its stores will do the same thing.”

Still, she explains, the problem is that in many stores the typically racy magazine cover is at eye level where children can see its inappropriate images. Hawkins says their campaign targets 30 companies that do display Cosmopolitan at eye level.

“Target staff wrote us a letter and said that they’re taking it into consideration, but they haven’t moved to change their policy,” she says. “So any help [that the OneNewsNow audience] could be in moving Target to change their policy would be valuable. [The same goes for] any other retailer that they see [displaying the magazine].”

Information on the 30 firms can be found at the group’s website, plus talking points that people can use to approach management and a flyer they can simply hand to management to draw attention to the problem.