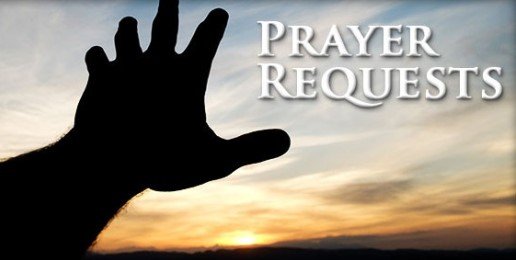 Praise the LORD!
Oh give thanks to the LORD, for He is good,
for His steadfast love endures forever!
Who can utter the mighty deeds of the LORD,
or declare all His praise?
Blessed are they who observe justice,
who do righteousness at all times!
~Psalm 106:1-3

With just weeks left in the regular session of the General Assembly, we are still working to stop a number of bills that are making their way through the legislative process.  Almost two dozen great activists traveled to Springfield on Wednesday to join IFI’s full time lobbyists in the hopes of meeting with key lawmakers to discuss bills of concern.  The bills we are working include:

HB 40 – Taxpayer Funding of Abortion.  This bill passed the Illinois House by a vote of 62-55 two weeks ago.  It is now going through the process in the Illinois Senate and is expected to pass and be sent on to Gov. Rauner.  UPDATE: Yesterday afternoon, the Illinois Senate passed this life-destroying legislation by a vote of 33-22.  It will now go to Governor Rauner.  Please PRAY that Gov. Rauner will follow through on his pledge to veto.  Pray for the pro-life lawmakers who are working behind the scenes to see this legislation die.

HB 1785 – Transgender Birth Certificate.  The sponsor of this legislation, Rep. Greg Harris (D-Chicago), has not called his bill for a vote yet because he does not have the necessary 60 votes to pass it out of the House.  While this is indeed good news, we know that Rep. Harris, Equality Illinois, the ACLU of Illinois, and others are working hard to convince a handful of lawmakers to vote in favor of the bill.  Please PRAY that God would convict the hearts and minds of on-the-fence lawmakers to vote against this fraudulent proposal.

ERA – The Equal Rights Amendment. Two weeks ago, this constitutional amendment passed out of an Illinois senate committee and is pending a vote of the full senate.  Because it is a constitutional amendment, it requires a three-fifths vote in both chambers; 36 in the Illinois Senate and 71 in the Illinois House. Again, proponents seem to be short the votes necessary to keep the bill moving. However, we know how quickly things can change in the General Assembly.  Please PRAY that lawmakers see through the politically correct appeals from the Left and understand how this legislation hurts women. Pray that the sponsors of this dangerous legislation would not be able to put together enough support to advance it.

SB 316 (Amendment 1) – Marijuana Legalization. On April 18th, State Senator Heather Steans (D-Chicago) and State Representative Kelly Cassidy (D-Chicago) announced that they would begin the discussion about legalizing recreational marijuana in Illinois.  Although they said they would not call the legislation for a vote this year, IFI understands that we must intentionally seek to be part of the conversation, as the media often refuses to give the conservative perspective a platform.  Please PRAY that lawmakers in Springfield are not ready (and remain that way) to legalize another vice for the people of Illinois.  Pray that they understand how addictive, damaging and even deadly it can be.

Thank you so very much for your willingness to partner with us in prayer!

IFI Prayer Team: Lord Have Mercy on Illinois
b
a
x
r