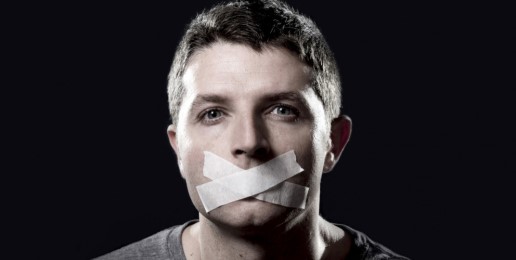 If you spend any time online, whether on mass media or social media, you might be forgiven for believing that an overwhelming majority of Americans believes in political correctness, affirmative action, and identity politics.

But the reality is that most Americans have a very different view of these issues, even though they do not voice that view. They stay silent.

Well, take this as my appeal to all of you: it’s high time for your voices to be heard.

I live in New York City—the place Ted Cruz famously denounced as having “New York values.” I don’t know exactly what that means, but I have a sneaking suspicion it means “liberal.” As is typical in this diverse melting pot of a city, I have friends who are white, black, Asian, and Hispanic … and most of them are, indeed, “liberal.”

But here’s the thing: among all my friends, acquaintances, family members, and extended family members living in this notorious bastion of liberalism, I can think of a grand total of one person who is a fan of so-called “political correctness” and identity politics. Again, in case you missed it, that number was one.

We Aren’t As Politically Correct As We Pretend To Be

I know that isn’t exactly a scientific survey. You want science? Here’s science. According to a Pew Survey on the topic of political correctness, 59 percent of Americans believe “too many people are easily offended these days over the language that others use,” while only 39 percent think “people need to be more careful about the language they use to avoid offending people with different backgrounds.”

Among whites, those numbers are 67 percent versus 32 percent respectively, while among blacks, the numbers are more or less reversed (30 percent versus 67 percent). Older people are actually more likely to support political correctness than their younger peers: Seventy percent of Democrats 65 and older “think people should take greater care to avoid offending others”—compared to 58 percent of 30 to 49-year-olds, and 56 percent of Democrats under 30. Meanwhile, “a majority of Republicans across age categories say people today are too easily offended by language.”

Now let’s consider race-based preferences. Surely, now that even the Supreme Court has come down squarely on the side of permitting race-based university admissions, it must reflect the beliefs of most Americans, right?

We Aren’t Huge Fans of ‘Multiculturalism,’ Either

What about multiculturalism? Haven’t most Americans embraced the party line that says we ought to accentuate our vibrant racial and ethnic identities, focusing on what makes us unique?

If you believe that, here’s another Pew Survey to disillusion you: “Among whites, more than twice as many say that in order to improve race relations, it’s more important to focus on what different racial and ethnic groups have in common (57 percent) as say the focus should be on what makes each group unique (26 percent).” Even among blacks, a slightly higher percentage (45 percent) believes the focus should be on “commonalities” rather than on “differences” (44 percent).

So what gives? If popular opinion leans so clearly in one direction on these issues, why does public dialogue lean so clearly the other way?

Prominent moral psychologist Jonathan Haidt believes that in “liberal” environments—elite East- and West-Coast schools and universities, academic institutions and think-tanks, major coastal cities such as New York and San Francisco, left-leaning media organizations, etc.—whites, conservatives, men, straight people, and others who were way too historically oppressive feel like they are “walking on eggshells.” They don’t feel they can discuss topics such as race, gender, or homosexuality, and tend to stay silent.

This should not be surprising. The consequences of not staying silent can be devastating. Making racially insensitive remarks in private conversation, using the N-word during a decade-old sex tape, admitting to using the N-word at some point in the past, using a word that sounds like the N-word but has nothing to do with it, writing an e-mail telling university students not to be so politically correct, or writing a single misinterpreted tweet with racial overtones: these things can get you fired and ostracized. In such an environment, why would it shock anyone if people choose not to speak out?

Once again, I can furnish some anecdotal support for this suggestion. A Pew Survey has revealed, for instance, that white people tend not to talk about race on social media: “Among black social media users, 28% say most or some of what they post is about race or race relations; 8% of whites say the same. On the other hand, roughly two-thirds (67%) of whites who use social media say that none of [the] things they post or share pertain to race.”

It could be that this racial gap reflects the fact that race matters more to blacks than it does to whites—and surely this is part of the picture. But with our media’s 24-7 focus on racial issues in America, I do not believe only eight percent of white people have thoughts on the subject. Clearly, something else is going on—and political correctness is the number one candidate for that “something else.” These white people are afraid to say what they really think.

Why You Shouldn’t Stay Silent

Consistent with this conclusion, among all my family, friends, and acquaintances — among whom, again, only one is generally supportive of identity politics — no one, other than that one (and he is black), speaks publicly on this topic. Many of those same people have advised me to stop sharing my views about these issues, for fear something I say will come back to bite me.

This is my response to them, and to all of you who stay silent: if political correctness is a toxin to the health of our body politic, then political cowardice is the auto-immune disorder through which it spreads. By refusing to be bullied, by defying intolerance, by standing up to this new illiberal McCarthyism, by opposing those who want to divide and judge us based on the color of our skin, by choosing a real diversity of ideas over a superficial diversity of pigments, by rejecting the principle that there is anyone here entitled to stifle the speech of those with whom they disagree, we join the proud tradition of Americans and others worldwide and throughout history who have had the courage to oppose injustice.

Let this be a rallying cry. Don’t toe the line. Don’t hide on your silent island. Feel the wind at your back. Come sail on the rising tide that will carry us all forward into the more open waters that lie ahead.

Alexander Zubatov is a practicing attorney specializing in general commercial litigation. He is also a practicing writer specializing in general non-commercial poetry, fiction, drama and polemics that have appeared in The Hedgehog Review, PopMatters, Acculurated, MercatorNet, The Montreal Review, The Fortnightly Review, New English Review, and Culture Wars, among others. He makes occasional, unscheduled appearances on Twitter.
This article was originally posted at TheFederalist.com