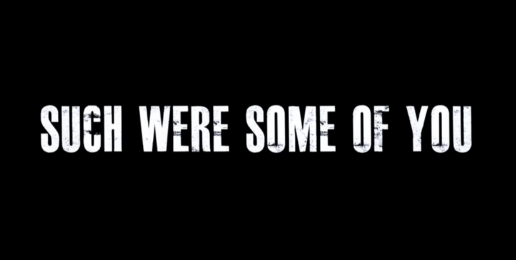 The documentary, “Such Were Some of You” was inspired by the passage in 1st Corinthians 6:11 that declares that in Jesus’ day there was a population who had been so transformed by their relationship with Him that they were no longer “same-sex attracted” or at the very least, actively homosexual. They had found such a measure of healing from the brokenness and strongholds associated with what we now call homosexuality that they no longer considered themselves homosexual, nor did they act in that way.

“Such Were Some of You” features interviews with a “cloud of present-day witnesses” who testify to the same life-transforming power of Jesus Christ. They describe the development of their same-sex attractions, what the gay lifestyle was like, what their conversion process was like, and the various ways that Jesus has brought healing to their broken places. “Such Were Some of You” lays out the facts about healing homosexual confusion and rejoices in the reality that Jesus Christ can heal anyone from anything while providing grace for the journey.

Visit suchweresomeofyou.org for more information or to purchase the video.