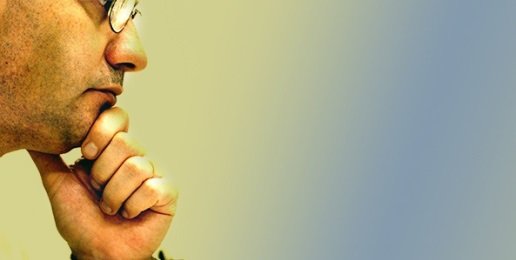 If Naturalistic Evolution Is True, People Are Not Equal
05.06.17
PRINT

I find it odd when I refer to an atheist’s worldview and he adamantly denies he has one. This sense that “worldview” is an insult has puzzled me for quite a while; why would atheists think it’s an insult to have a consistent, coherent view of reality? As I’ve talked to them more about this, I think I may have finally figured out why many of them view the term “worldview” so negatively, and it has to do with their identity as atheists.

At the root of atheism (i.e., the rejection of God) is an attempt to throw off outside constraints in order to construct a life of one’s own choosing—that is, to become one’s own god. (An atheist might not put it in terms of becoming “a god,” of course, but I think he would agree with the idea.) What I’m finding is that getting out from under God’s authority isn’t enough for the people I’ve talked to. It turns out that even the idea that one of their beliefs (e.g., “there is no God”) might entail other beliefs they didn’t specifically and individually choose on their own is seen as a sort of outside constraint on their thinking.

But the truth is, we are all constrained by reality, and it’s our job to discover what that reality is and submit to it—not piece by piece, but as a whole, noting how the parts relate to each other, and reasoning from one to the next. If reality is coherent, an acknowledgement of reality in one area (say, the idea that we evolved and were not created by God) will necessarily affect our understanding of reality in another area (say, the idea of universal human rights). Rather than being two completely separate ideas, they’re related to each other in a coherent worldview.

It’s not an accident that people who identify as atheists share many views besides a belief that God does not exist; it happens because a great many views flow out of the idea that there is no God and the material world is all there is. Rather than denying this, atheists would do well to think carefully through their worldview—their coherent view of reality—to make sure all their pieces fit together and, as a whole, match the reality they see around them.

If they do this, I think they will find that some of their cherished ideas just won’t fit into the “no God” puzzle. I was reminded of this when I saw this quote from Yuval Harari in Impossible People, wherein he comments on the idea in the Declaration of Independence “that all men are created equal, that they are endowed by their Creator with certain unalienable rights”:

According to the science of biology, people were not “created.” They have evolved. And they certainly did not evolve to be “equal.” The idea of equality is inextricably intertwined with the idea of creation. The Americans got the idea of equality from Christianity, which argues that every person has a directly created soul, and that all people are equal before God. However if we do not believe in the Christian myths about God, creation, souls, what does it mean that all people are created “equal”? Evolution is based on difference, not on equality. Every person carries a somewhat different genetic code, and is exposed from birth to different environmental influences. This leads to the development of different qualities that carry with them different chances of survival. “Created equal” should therefore be translated “evolved differently.” [Read more of the quote in context here.]

Equality and universal human rights come from Christianity, not atheism. There is nothing in atheism that could undergird those ideas (as atheists on this blog have themselves said). Worldviews matter, they lead to myriad consequences, and everyone has one. Make sure you think through yours—and its implications—carefully.

This article was originally posted at the Stand to Reason blog.