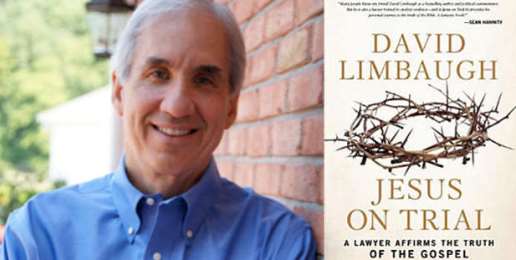 Attorney, author and columnist David Limbaugh is a man after my own heart. He’s also a man after my own mind. That is to say, as both a fellow member of the bar and follower of Christ, I tremendously appreciate how David approaches the hot button issues of the day. He carefully probes them within the framework of an objective, lawyerly and evidential analysis. He is a master communicator and never fails, in any case, to deliver deeply persuasive closing arguments in the court of public opinion.

With his latest book, “Jesus on Trial: A Lawyer Affirms the Truth of the Gospel,” Limbaugh remains true to form. In fact, having read nearly every manuscript he’s penned, I believe this to be, hands down, David’s best and most important work to date. While managing to make each sentence of each chapter in this page-turner fascinating, Limbaugh also provides proof beyond any reasonable doubt that Jesus Christ, in both His historical and spiritual respects, was, and is, exactly who He said He is: God incarnate, the living, physically resurrected Savior of the world and the only, yes, that means the exclusive, path to God the Father.

I’m one of those guys who regularly dines on a word diet cooked up by the master chefs – Christian apologists and theologians like C.S. Lewis, G.K. Chesterton, Ravi Zacharias, R.C. Sproul and Josh McDowell, to name just a few. With “Jesus on Trial,” not only does Limbaugh chef-it-up with the masters, he prepares a multi-course meal that, if read with an open mind, will satisfy, both spiritually and intellectually, every consumer, from the most ardent skeptic to the most devout believer.

This is not merely a book of Christian apologetics. I have never read a more convincing, comprehensive and well-arranged biblical, cultural and, indeed, scientific exegesis for the one-stop shopper – for the spiritual sojourner exploring, like most of us, the greatest of all questions. Namely, “Who am I, how did I get here, why am I here and where, if anywhere, am I going?”

Most importantly, David offers, with a spirit of humility and compassion that, for anyone who knows him, has come to define his character, a GPS to heaven. He lays out the biblical road map to eternal salvation.

In a recent column entitled, “Why I wrote ‘Jesus on Trial,’” Limbaugh captures, in part, why this book is the most wide-ranging Christian non-fiction I’ve come across. He explains what makes it quite different from any other. “It is on Christian apologetics, which means it defends the Christian faith and its truth claims,” he writes, “but it also includes my personal journey from skeptic to believer and a discussion of basic Christian doctrine.”

The book incorporates “a thorough discussion of the full humanity yet full deity of Jesus Christ, an examination of the Bible’s miraculous unity, many examples of undeniably fulfilled prophecies that are too specific to be dismissed, a comprehensive review of the evidence pointing to the reliability of Scripture, a look at the subject of truth itself, proof of God’s existence, and much more.”

As for the “much more,” Limbaugh adds, “I also thought it would be vitally important to include chapters on subjects that plague seekers and even some believers with doubt – science and the problem of evil and suffering.”

In many ways this was the aspect of the book I most enjoyed. Limbaugh’s superlative talent for clearly articulating and differentiating between scientific facts and the pseudoscience fiction embraced and propagated by the church of secular humanism, is so well done that even the most rigid atheist may well second guess his own blind faith. In a universe so incomprehensibly designed and fine-tuned that it gives smoking gun testimony to the glory and supremacy of its Designer, to deny, in the face of overwhelming evidence to the contrary, that this Designer even exists, requires a faith most blind. Limbaugh drives home this reality in a winsome yet compelling fashion. Any intellectually honest atheist who is not hopelessly and haplessly invested in the pleasures of moral relativism, the chief fuel source for the materialist gravy train, will be left no choice, if he’s honest with himself, but to re-evaluate his entire worldview.

I read a lot of books and very rarely, almost never in fact, do I review them. Halfway through chapter 1 of “Jesus on Trial,” I knew a review was coming.

Either way, your soul will be the better for having read “Jesus on Trial.” 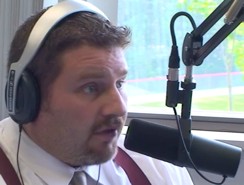