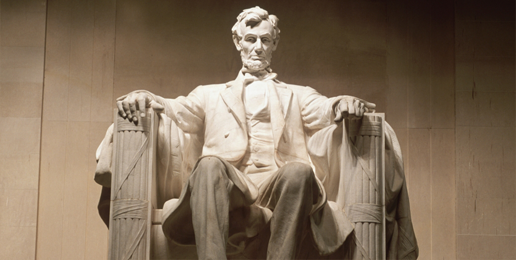 Over the past few weeks, I’ve been thinking a lot about where America finds herself as we enter into 2021. Last week’s inauguration, the transfer of power, changes in public policy, and months of heightened political and racial tensions all have me thinking a lot about how we – as citizens, as parents, as neighbors, and as people of faith – might think about and engage in this moment of history.

And so, I’ve gone again to Lincoln’s second inaugural address. You’ve probably read it before, but if it’s been a while, it’s worth reading again. It’s short – about 700 words – so it will only take you a few minutes. It is also powerful, and it seems so very relevant to where we find ourselves today.

Lincoln’s circumstances were different from ours. He was leading a country that was four years into a devastating civil war and was navigating the end of slavery. Yet it seems to me that America in 1865 was actually much like America in 2021. Like Lincoln, we are living in a country where divisions run deep, where people are angry and hurt, and where many feel alienated. Like Lincoln, we’re dealing with deep racial and political tensions as well as economic uncertainty. Like Lincoln, we can find it difficult to see a clear way forward.

In that place, Lincoln said this of the two sides:

Both read the same Bible and pray to the same God, and each invokes His aid against the other. It may seem strange that any men should dare to ask a just God’s assistance in wringing their bread from the sweat of other men’s faces, but let us judge not, that we be not judged. The prayers of both could not be answered. That of neither has been answered fully. The Almighty has His own purposes.

And he concluded his address with these words:

With malice toward none, with charity for all, with firmness in the right as God gives us to see the right, let us strive on to finish the work we are in, to bind up the nation’s wounds, to care for him who shall have borne the battle and for his widow and his orphan, to do all which may achieve and cherish a just and lasting peace among ourselves and with all nations.

So, a few lessons from Lincoln.

1.) Resist the urge to view those on the “other side” as the enemy. Lincoln clearly thought that slavery was abhorrent, and he didn’t understand how Christian brothers and sisters could possibly see it as right or just. He fought the policy hard. At the same time, though, he assumed many of his opponents were reading the same Bible and praying to the same God. As we deal with issues of similar moral gravity, like abortion, we would do well, like Lincoln, to work to change policy while still viewing many of our opponents as brothers and sisters.

Moreover, some clearly do not subscribe to faith in Jesus Christ at all. In that instance, Ephesians 6:12 is quite clear, “For our struggle is not against flesh and blood, but against the rulers, against the authorities, against the powers of this dark world and against the spiritual forces of evil in the heavenly realms.” It is entirely appropriate for us to judge public policy and seek to bring man’s laws in line with God’s law. It is God’s job, however, to judge the condition of each man’s heart.

2.) Trust that God is working things out, especially when we don’t get what we want. Lincoln accepted that the prayers of neither side had been answered in the way they hoped. He believed strongly that he was on the right side, that his prayers were for what was just. But when he didn’t get everything for which he’d asked, he didn’t wring his hands and talk about the end of America, or the end of democracy. He didn’t lose hope. He trusted that God was working things out in ways he couldn’t see and on a much larger scale. Romans 8:28 famously states, “And we know that in all things God works for the good of those who love him, who have been called according to his purpose.”

3.) Love our Neighbor. Lincoln saw that it was important to care for widows and orphans, and even for those wounded Confederate soldiers against whom he’d been fighting a war for four years. The work of binding up the nation’s wounds and achieving a just and lasting peace required that the divisions of war be set aside and that people be cared for, regardless of their politics or beliefs. When we love our neighbors, and particularly those with whom we disagree, we do the hard work of bringing healing to our communities and our nation. In Luke 10, an expert in the law asked Jesus, “And who is my neighbor?” Jesus responded with the Parable of the Good Samaritan, a man who resisted a divisive cultural tide and went to great expense to care for someone society said should be his enemy.

This article was originally published at NCFamily.org.