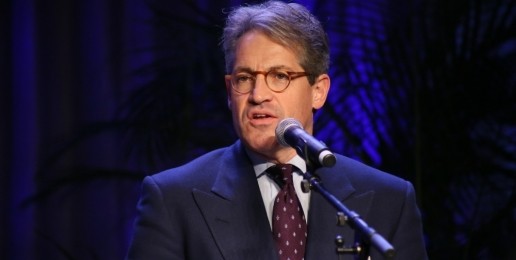 Learning From Young Atheists: What Turned Them Off Christianity
Written By   |   08.04.14
PRINT

It’s something most Christian parents worry about: You send your kids off to college and when they come back, you find they’ve lost their faith. The prospect of this happening is why many parents nudge their kids towards Christian colleges, or at least schools with a strong Christian presence on campus.

But in many ways, the damage has been done long before our children set foot on campus. That’s the message from an article in the Atlantic Monthly.

My friend Larry Taunton of the Fixed Point Foundation set out to find out why so many young Christians lose their faith in college. He did this by employing a method I don’t recall being used before: He asked them.

The Fixed Point Foundation asked members of the Secular Students Associations on campuses around the nation to tell them about their “journey to unbelief.” Taunton was not only surprised by the level of response but, more importantly, about the stories he and his colleagues heard.

Instead of would-be Richard Dawkins‘, the typical respondent was more like Phil, a student Taunton interviewed. Phil had grown up in church; he had even been the president of his youth group. What drove Phil away wasn’t the lure of secular materialism or even Christian moral teaching. And he was specifically upset when his church changed youth pastors.

Whereas his old youth pastor “knew the Bible” and made Phil “feel smart” about his faith even when he didn’t have all the answers, the new youth pastor taught less and played more.

Phil’s loss of faith coincided with his church’s attempt to ingratiate itself to him instead of challenging him. According to Taunton, Phil’s story “was on the whole typical of the stories we would hear from students across the country.”

These kids had attended church but “the mission and message of their churches was vague,” and manifested itself in offering “superficial answers to life’s difficult questions.” The ministers they respected were those “who took the Bible seriously,” not those who sought to entertain them or be their “buddy.”

Taunton also learned that, for many kids, their journey to unbelief was an emotional, not just an intellectual one.

Taunton’s findings are counter-intuitive. Much of what passes for youth ministry these days is driven by a morbid fear of boring our young charges. As a result, a lot of time is spent trying to devise ways to entertain them.

The rest of the time is spent worrying about whether the Christian message will turn kids off. But as Taunton found, young people, like the not-so-young, respect people with conviction—provided they know what they’re talking about.

Taunton talks about his experiences with the late Christopher Hitchens, who, in their debates, refrained from attacking him. When asked why, Hitchens replied, “Because you believe it.”

I don’t know what that says about Hitchens’ other Christian debate partners, but it is a potent reminder that playing down the truth claims of the Christian faith doesn’t work. People don’t believe those they don’t respect.

Here’s something that one of the students told Larry Taunton; he said, “Christianity is something that if youreally believed it, it would change your life and you would want to change [the lives] of others. I haven’t seen too much of that.”

Folks, that’s pretty sobering. This puts the ball in our court. Are we living lives that show our children that we actually believe what we say we believe? And here’s another question—do we actually believe it? I have to say, as a parent I’m taking this very seriously.