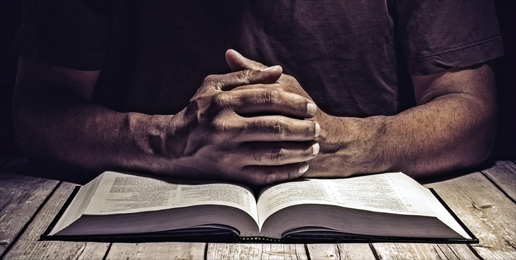 These last several weeks have been pretty tough for our nation. In addition to observing the 20 year anniversary of the September 11th attacks, we’ve seen flooding in Tennessee that left over twenty people dead and we’ve witnessed the devastating effects of Hurricane Ida in Louisiana and parts of the northeast. We are devastated at the Taliban takeover in Afghanistan which resulted in the death of thirteen special heroes and countless Afghani allies. Friend, while our hearts grieve over these headlines, each one should be a reminder to pray.

There is a God on His throne who is not surprised.

When Jesus was about to be arrested and face an unfair trial that would ultimately lead to His death, He told Peter, James and John to pray. But the long day got the best of them and they fell asleep. During this crucial time in our Lord’s earthly ministry, His own disciples were asleep.

In Jonah, chapter 1, we see the Prophet Jonah on a boat in the middle of a storm. On deck the captain, crew, and others were terrified, but Jonah was fast asleep in an inner cabin far below. When the captain implored Jonah to “Arise, call upon your god!” Jonah was silent.

Friend, we are in a very interesting time in human history. People are afraid. The streets of our communities are in shambles. There is turmoil throughout the world. The Church of Jesus Christ cannot fall asleep or be silent. Vance Havner once said, “If the church would only be the church– if Christians would only be Christians– nothing could halt our onward march.”

This week, let’s choose to be a people of prayer and begin to turn this world upside down for the Glory of God!

For Those in Authority

For the next several weeks, please pray for the political leaders listed below. Pray that they would seek God’s wisdom when they make decisions that affect the people they work for. Pray that God would turn their hearts to Himself. (Proverbs 21:1)

Of course, this includes praying for Joe Biden, Kamala Harris, JB Pritzker and Julia Stratton and those who serve in these administrations. Pray also for our two U.S. Senators, Dick Durbin and Tammy Duckworth. In addition, please pray for the following officials:

...you must continue in the things which you have learned and been assured of,
knowing from whom you have learned them, and that from childhood
you have known the Holy Scriptures, which are able to make you wise for salvation
through faith which is in Christ Jesus. All Scripture is given by inspiration of God,
and is profitable for doctrine, for reproof, for correction,
for instruction in righteousness, that the man of God may be complete,
thoroughly equipped for every good work.
~2 Timothy 3:14-17

Bold, Earnest, and Fervent Prayers
b
a
x
r