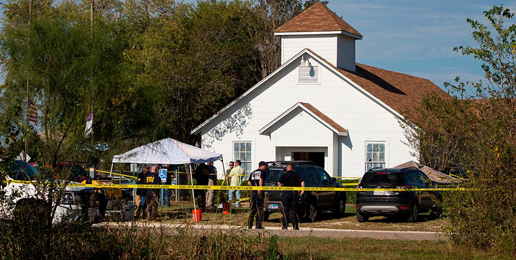 UPDATE: The sponsor of HB 3023 has “tabled” this bill.
This proposal is dead for the session.

America was birthed as adventurous. Persecuted people braved an Atlantic crossing to establish new lives with new opportunities and freedoms in a wild and unknown land. Initially, many had the blessing of England and the Crown, and were seen as emissaries founding new colonies for the glory of England and The Gospel of Jesus Christ.

For the Pilgrims and the Puritans, and some other Protestant families, this new land was a merciful opportunity to live and worship away from the ever-increasing tyranny of King George III.

Government schools rarely mention the devout beginnings of our nation. Consider a distributed tract published by the Virginia Company (circa 1606) titled, “True and Sincere Declaration of the Purposes and Ends of the Plantation” which stated their purpose:

First to preach and baptize into Christian religion and by the propagation the Gospel, to recover out of the arms of the devil a number of poor and miserable souls wrapped up unto death in almost invincible ignorance; to endeavor the fulfilling and accomplishments of the number of the elect which shall be gathered from out of all corners of the earth; and add to our mite the treasury of heaven.

Even the new King James applauded and encouraged the spiritual mission in 1606:

We greatly commend and graciously accept their desires for the furtherance of so noble a work, which may, by the providence of Almighty God, hereafter tend to the glory of His Divine Majesty, in propagating of Christian religion to such people as yet live in darkness and miserable ignorance of the true knowledge and worship of God and may in time bring the infidels and savages living in those parts to human civility and a settled, quiet government.

However, by 1775, George III, a young and poorly advised monarch, “turned the screws against the Americans. To cut off the colonists’ ability to resist at the source, George III decreed a ban on export of arms and ammunition to America, with orders to his Royal governors to prohibit the import thereof in the colonies. At the same time, General Gage instituted general searches and seizures for arms and gunpowder…” [The Founders’ Second Amendment]

On April 19, 1775, the Shot Heard Round the World propelled America into a revolution. As noted in a 2018 article, Stephen P. Halbrook (foremost authority on the Second Amendment in America) writes in his excellent (and indispensable) book, The Founders’ Second Amendment: Origins of the right to Bear Arms:

The militiamen of Lexington and Concord consisted of all able-bodied males aged 16 through 60, from its gentlemen and yeomen to its laborers and apprentices, excluding the town’s Harvard students and a dozen African American slaves. All provided their own arms except for a few poor men who had to borrow them.

Women and children assisted the militiamen in preparing for the conflict. On the eve of the clash, Militia Colonel James Barrett’s 15-year-old granddaughter Meliscent taught the other young women of the town how to assemble cartridges.

The patriots exhibited excellent marksmanship for shooting flintlocks in anger, many for the first time in their lives.

Again, knowing this history equips us with the context of our Second Amendment.

A well regulated Militia, being necessary to the security of a free State, the right of the people to keep and bear Arms, shall not be infringed.

The Second Amendment bolstered the First Amendment which bestowed the Free Exercise clause.

Congress shall make no law respecting an establishment of religion, or prohibiting the free exercise thereof.

As the U.S. Constitution was being debated and written, there were those who thought it inconceivable that future leaders and government bodies would ever seek to disarm the populace. After all, a high price — the blood of patriots — had secured America’s independence from the tyranny of King George, and they all well-remembered the indispensable part firearms played in the costly victory.

According to some historians, an armed citizenry also precluded Japan attacking the U.S. mainland following the Pearl Harbor attack. The well-known, though debated, quote by Japanese Admiral Yamamoto, “…an American behind every blade of grass with a rifle.”

Thus, America has a storied tradition (Roe v. Wade notwithstanding), of protecting life. Our Founders wrote our Constitution from a biblical worldview which condemned murder — the killing of innocents — but supported killing as an act of protecting innocents.

Today the socialist Left pushes daily to eradicate our national history of protecting life AND of an armed citizenry warding off governmental tyranny.

An unarmed populace makes a controllable populace, and control is the end game.

Illinoisan patriots/Christians must react and react strongly. Note — there are already far too many locations in Illinois where citizens are not able to exercise their concealed carry rights (incomplete list):

HB 3023 countermands our U.S. Constitution — specifically our Second Amendment rights — as well as our God-given right and instruction to protect innocent life.

And of course, HB 3023, in addition to being absolutely dangerous, enables the Left to more fully control conservatives and Christians in every aspect of their faith and lives.

Citizens of Illinois must NOT be silent! We must contact our representatives and demand our public servants reject this horrible bill and repel any future attempt to disarm lawful citizens!

Take ACTION: Click HERE to send a message to your state representative to ask him/her to reject HB 3023. Ask them not to strip law abiding citizens of their right to protect themselves, their families and their church family.

You may want to remind your state representative that the 2nd Amendment of the U.S. Constitution and the 22nd section of Article 1 of the Illinois Constitution both guarantee the civil right of law abiding citizens to “keep and bear arms.”

America’s history remembered includes the heroic actions of ordinary citizens standing up to tyranny. Those Americans equipped themselves first with prayer, then with firearms.

We would do well to remember the lessons learned, of victories that secured the liberty we enjoy today to live and worship freely.

Remain vigilant. Remain prayerful. And speak up against any and all unconstitutional and ungodly measures!