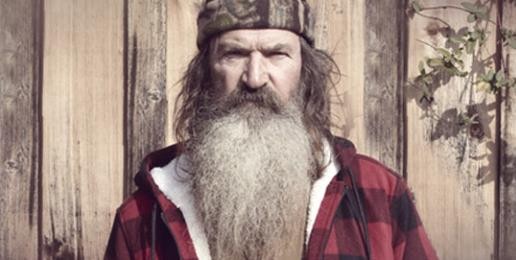 I appreciate the Robertson family’s strong commitment to biblical principles and their refusal to back down under intense media pressure over Phil Robertson’s comments in a recent interview. As the Robertson controversy winds down—at least for now—I have been amazed at how many churches have apparently “ducked” out on the issue (sin). Some were even quick to condemn Phil Robertson.

If we Christians banded together and took a stand, perhaps we wouldn’t be losing so much ground in what the media is calling the “cultural war.” However, it is not a cultural war—it is a religious war against Christians and the biblical truths we stand for. Some churches have fallen into the trap of being politically correct, under the disguise of tolerance.

God is not “politically correct,” and He is certainly not tolerant of sin. The Bible tells us that He is going to judge all sin one day; and anyone who is not found under the blood of His Son, Jesus Christ, will face an eternity in hell separated from God. Scripture says, “So it will be at the end of the age. The angels will come forth, separate the wicked from among the just, and cast them into the furnace of fire. There will be wailing and gnashing of teeth” (Matthew 13:49-50). But today God is willing to forgive anyone who truly repents (is willing to turn from their sin), asks for His forgiveness, and believes on the name of the Lord Jesus Christ (“For whoever calls on the name of the Lord shall be saved” Romans 10:13).