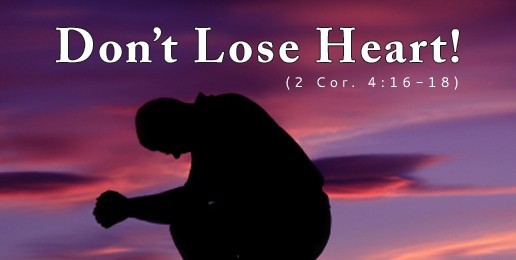 A poem by Rev. Maltbie Davenport Babcock (1858-1901), best known as the author of the hymn “This is My Father’s World,” expresses how I believe Christians must approach the U.S. Supreme Court’s decision to redefine marriage.

The words of his poem “Be Strong” are ones that ought to be on every believer’s heart and mind today and in the days to come.

Be Strong!
We are not here to play, to dream, to drift;
We have hard work to do, and loads to lift;
Shun not the struggle – face it; ‘tis God’s gift.

Be Strong!
Say not, “The days are evil. Who’s to blame?”
And fold the hands and acquiesce – oh shame!
Stand up, speak out, and bravely, in God’s name.

Be Strong!
It matters not how deep entrenched the wrong,
How hard the battle goes, the day how long,
Faint not – fight on! To-morrow comes the song.

Now is the time to be strong! While it is understandable to be discouraged by the justices’ decision to create a new civil “right” for same-sex “marriage,” we ought not be surprised. Over the past six years, we have witnessed an unprecedented acceleration and acceptance of this radical cultural revolution in our country. Media, pop culture, academia, the church, and even the military have succumbed to the lies of the “LGBTQ” agenda. As a result, some conservative political pundits and some conservative candidates are waving the white flag of surrender, suggesting that we concede the issue of marriage redefinition and “LGBTQ rights.”

But neither surrender nor a weakening of resolve is an option for professing Christians. We believe in truth, and our faith demands that we not only buy the truth and refuse to sell it (Proverbs 23:23) but also testify to the truth as the Lord Jesus did (John 18:37).

It is imperative that we all understand that we have NOT been providentially placed in our schools, jobs, and communities in order to safeguard our own comfort, reputation, or legacy. Most assuredly, IFI is not in the public square to garner political power or legislative victories (although, that would be nice). We do not seek financial gain and certainly not worldly praise. Our sole purpose is to advance the Gospel truth, all for the glory of the Lord!

In the wake of the 1973 Roe v. Wade decision, many voices loudly proclaimed victory, and other voices – conservative voices – suggested that we just go with the flow. But faithful Christians could not remain silent or acquiesce. Patiently and steadfastly, pro-lifers worked to advance the truth. Today, public opinion has shifted dramatically, despite the feckless U.S. Supreme Court decision, as more and more people acknowledge abortion as a selfish and murderous act.

We must adopt the pro-life model of patient and persistent proclamation of the truth as we stand against this latest judicial travesty.

As Christians, we need to remember that the world is mired in a spiritual battle with demonic forces that seek to oppose God’s purposes and distort truth. These forces are determined to bring evil and destruction to every human being created in the image of God. With stakes this high, we simply cannot afford to remain silent concerning the moral and ethical issues we face as a society and a nation. We must speak out against abortion. We must take a strong and vocal stand for God’s design for marriage and sexuality. We must act in defense of religious liberty.

When we choose to remove ourselves, our biblical world view, and Christian influence, from the political process, we allow godless ideologies and philosophies to further deceive and capture the culture. The Lord has graciously planted us in a place where the responsibility of governing rests with “the people.” Who are we to refuse or squander His blessing?

We have been empowered to espouse truth in the public square because we know the author of truth. If we intentionally sit back and allow humanists and atheists to implement wicked policies that will disparage, damage, and destroy lives, relationships, families, and communities, we deny the principle of authority that He has given to us.

While the court’s decision is monumentally disastrous for our culture, religious liberty, and biblical morality, we cannot lose sight of the bigger picture. As Christ- followers, we serve the King of all creation. Sadly, the majority of our culture, as well as the five SCOTUS justices, have embraced the popular lie of marriage “equality” and have accepted the notion that homoeroticism is normal, and, in so doing, have rejected God’s design for both. These developments don’t surprise God. In fact, the rejection of God’s standards is nothing new (Ecclesiastes 1:9). Scripture is replete with examples of God dealing with similarly rebellious people – issuing warnings and rebukes for sexual sin in various cultures – going all the way back to Noah (Genesis 5-10).

Therefore, if God, the sovereign ruler of the universe, is not panicked by the court’s decision, then we should not panic either. What we need to do is accept the fact that living an overtly Christian life in our rapidly changing culture will grow increasingly more difficult. But remember, this short life, which Scripture calls a whisper (Psalm 39:5), is not about our own agendas, comforts, and amusements. Rather, it is entirely about the LORD and his Kingdom!

This foundational truth has been resonating in my heart and mind for many months now. It is not about us! If Christians would understand and apply this truth consistently – put it into practice – our predominately godless culture would be dramatically affected by our example and convicted of God’s work in our lives. The people of God are called to be salt and light, and this culture is in desperate need of seasoning and light!

Moreover, the opportunity and necessity to advance Gospel truth in a spiritually dark culture grows even greater. As the darkness of sin and depravity deepens, the “light of the world” will stand out more prominently as we joyfully display our love, perseverance, faithfulness, patience, and concern for each other, children, marriage, decency, justice, truth, and, above all,  for the glory of God.

Let your light so shine before men,
that they may see your good works
and glorify your Father in heaven.
~Matthew 5:16