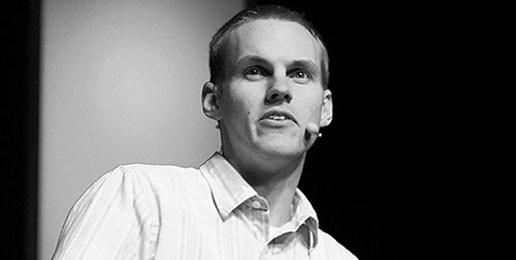 The last few weeks have seen a lot of commentary on pastors leading the same-sex “affirmation movement.” Church leaders like the infamous unorthodox author and speaker Rob Bell, evangelicals Stan Mitchell of Gracepointe Church in Franklin, Tennessee, and Danny Cortez of New Heart Community Church of La Mirada, California are just a few of the movement’s leading affirmation pastors.

So when a pastor takes a public stand to say, “I have a deep pastoral concern that Christians and churches are flinching all across our culture” it makes us ooh and aah a bit in wonder and admiration. This was the reaction to Dr. David’ Platt’s keynote address at the annual National Religious Broadcaster’s Convention held in Nashville, Tennessee last week. What should be the norm for Christian leadership is increasingly becoming the exception.

Platt, the new president of the Southern Baptist Convention’s International Mission Board and author of the books Radical and A Compassionate Call to Counter Culture, began his address by pointing out the hypocrisy of Christians who advocate for less controversial social issues while avoiding others like life, morality and marriage altogether. “We are passionate against poverty and slavery, injustice that we should stand against, but issues that don’t bring us into conflict with culture around us. Yet on issues like abortion or so-called same-sex marriage, issues that are much more contentious in the culture around us, instead of being passionate, we are strangely passive.”

“Ladies and gentlemen the gospel does not give us that option. We cannot choose to pick and choose which social issues to apply Biblical truth to,” Platt said. “The same gospel that compels us to war against sex-trafficking compels us to address sexual immorality in all of its forms.”

“We must apply the gospel consistently, compassionately, and courageously,” said Platt as he went on to lay out four biblical foundations that have significant culture implications when denied God’s truth:

“These four truths together form the essence of the gospel,” said Platt as he pointed towards the implications when Christians accommodate culture.

“Culture implication number one, based on Biblical foundation number one, we oppose abortion as an assault on God’s creation and affront to God’s glory.” Christ followers cannot hide from the truth that abortion is morally wrong because of the gospel. Platt explained, “People say abortion is such a complex issue…but if that which is in the womb is a person formed by God, this issue is not complex at all. You cannot believe God’s word and sit back passively on this issue.” If we ignore the genocide of unborn babies murderously dismembered, Platt firmly explained, then we deny with our actions the very Biblical truths we claim to embrace.

Platt’s fiercest statement came during his second point, noting “Homosexual activity is a pervasive topic today. But we must be careful not to be careful of selective moral outrage in our culture.” He continued, “If we roll our eyes and shake our heads at court decisions in our country, yet we turn the channel to stare uncritically at adultery in a drama, watch the trivialization of sex in movies, look at seductive images on reality TV shows and the internet or virtual prostitution and advertisements that sell by provoking sexual interests in us, then we’ve missed the whole point.”

Platt’s most emotional, convicting moment came during his last points as he described the reality of death for sinners and the horrific reality of Hell. Undeniably, the urgency to share the good news with unbelievers is yet another issue where Christians have become passive. “What is it going to take for the concept of unreached people to become totally intolerable to us in the Church?”

The battle is raging over the very souls of our neighbors. “Where the battle rages, there the loyalty of the soldier is proved,” said Platt. “In our leadership let’s be clear. The gospel of Christ compels contrite, compassionate, courageous action on a multiplicity of culture issues. So let’s apply it consistently across our culture while spreading this gospel intentionally across all cultures.”

New Survey Shows We Are Approaching a Post-Christian America

Prayer Precedes Revival: A Call to Prayer
b
a
x
r