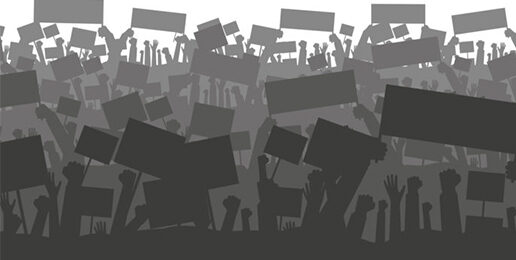 Atheists are the Most Politically Active Group in the United States
07.16.20
PRINT

It’s become almost a trope at this point among people who study and write about American religion and politics – evangelicals punch way above their weight. Their voter turnout has stayed relatively steady despite their drop in population share. But, I was working through some data today and noticed something that I don’t think that I’ve seen reported on much – atheists are incredibly politically active – more so than any other religious group.

The Cooperative Congressional Election Survey asks a series of questions about political activity in the last 12 months. Respondents simply answer yes or no to each of the six. Here are the results from the 2018 data.

In all six scenarios, atheists are right near the top in likelihood to participate. A quarter attended a march or protest compared to just 4.4% of white evangelicals. Four in ten atheists have contacted a public official or donated money to a candidate. That’s tied with Jews, but is much higher than most Christian groups in the sample. Agnostics are not far behind, either. They usually trail atheists but just a few percentage points for each of the political actions.

I know that atheists have high levels of income and about 45% have a four-year college degree, so SES might explain one of the reasons that they are so politically active. So I put together a simple model with a few controls for race, gender, and age.

At every level on the education spectrum, atheists and agnostics are more politically active than Protestants or Catholics. More education leads to higher levels of political activity among all religious groups, but the relationship is even stronger for atheists than other groups. An atheist with a graduate degree participated in 2.1 political activities in the last year. It was 1.8 activities for agnostics. For Catholics and Protestants it’s between 1.3 and 1.4 activities. That’s not a small difference.

But, are atheists just generally more politically engaged – or is it a function of the fact that many of them align with the Democratic Party? To test that I ran another model that divided each of the four religious groups up into Democrats and Republicans. Clearly partisanship accelerates political activity much more for Democrats than those who affiliate with the GOP. This conjures a bevy of questions: has the Republican Party become anathema to educated voters? Have the GOP failed to target educated voters in a meaningful way? Is this a function of the geographic polarization that is happening across the country? These questions are of tremendous importance to electoral politics.

If you look at just those with high school diplomas in each of the four traditions, Democrats are more likely to engage in political acts than Republicans. Sometimes, much more so. For instance, an atheist with a graduate degree who is a Democrat engages in twice as many political activities in a year compared to a Republican atheist. For Protestants, it’s just half a political activity. However, an atheist who affiliates with the Republican Party is no more likely to engage in politicking than any other religious tradition. So, while being a Democrat does prove as a spur for political activity, having high levels of education has a multiplicative effect.

So, why did Democrats engage in politics at much higher rates than Republicans in 2018? Well, when your party is in the minority in both the House and the Senate and does not hold the White House, that can serve as good motivation to get out there and try to win one chamber back. And, you can see that in the data, too. I calculated the total number of political activities for the four religious groups going back to 2010 – and something fascinating happened in 2018.

In 2016, an atheist engaged in 1.45 activities compared to 1.4 for an agnostic. Christians were slightly lower at 1.28. But, by 2018 the landscape had changed. Both Protestants and Catholics saw a tremendous decline down to .90 or .95 actions. For agnostics, there was no statistically significant change. But for atheists, there was a noticeable uptick to 1.58. The gap between Christians and atheists is huge now, with atheists about ten percent more politically engaged in 2018.

This could be one of the reasons that the Blue Wave happened in 2018 – a very agitated base of atheists who got politically involved. But, here’s a bit of caution I would urge – while atheists are often identified with the Democratic party, they have a fair amount of political homogeneity. In 2018, 77.3% identified as Democrats, 11.7% were independents, and 10.9% were Republicans. That’s a solid core, but there is some diversity there. For comparison, 73% of white evangelicals are Republicans. White evangelicals make up 15.6% of the population, atheists and agnostics combined are 11.4%. With that level of political activity, it’s fair to say that these nones might be a bigger political force in the next presidential election than we give them credit for – they just have to stay angry and stay engaged.

Ryan P. Burge teaches at Eastern Illinois University in Charleston, Illinois. He can be contacted via Twitter or his personal website. The syntax for this post can be found here.

This article originally posted at ReligionInPublic.blog