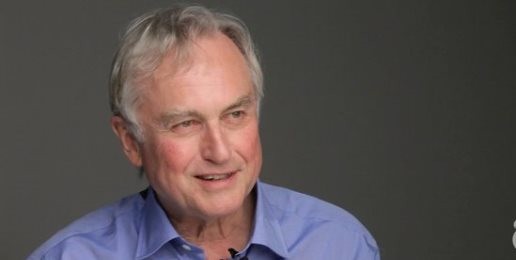 Atheist Richard Dawkins Wants to Keep Parents from Imposing Religion On Kids – While Imposing His Religion
Written By   |   04.01.15
PRINT

Richard Dawkins recently made one of the most ironic statements I’ve heard this week. During an interview for The Irish Times Dawkins, speaking about children, said:

“Children do need to be protected so that they can have a proper education and not be indoctrinated in whatever religion their parents happen to have been brought up in.”

The irony of the statement is found in the fact that Dawkins is one of the world’s foremost atheists, which is just another “religious” ideology.

I suppose people don’t often consider atheism a religion, but rather than absence of or rejection of religion. But that is a misnomer. Religion, at its core, is a framework of convictions and beliefs that are intended to guide ones thinking and give direction to one’s life. It’s a sort of roadmap for living each day. Considering this simple but fundamental definition of religion it is easy to conclude that atheism is just another religion.

If I were to ask Dawkins if he thought children should be brought up Christian, or Jewish, or Mormon, he would probably say no. Dawkins would tell me that they should be allowed to make their own decision and that parents should not force their religion on their kids. However, if I asked Dawkins if he would encourage atheism via scientific exploration, philosophy, and thinking critically and logically with his own kids, he would almost certainly say yes.

In making this admission Dawkins would be proudly declaring that he would push his own personal religion on his kids while saying other parents – Christians, etc. – should not do the same. But, somehow the irony and hypocrisy have escaped Dawkins.

Dawkins would have us believe that truth comes from man and should be determined by science, reason, logic, analysis, and opinion. The problem with that theory of course is that every person can come to a different conclusion. Put into practical terms this means that whoever holds the power is the ultimate decider of truth. But, if truth is transcendent it means that certain truths are unalterable and must be accepted regardless of one’s personal opinion.

For example, when does life begin? According to science, which Dawkins is a huge fan of, life begins at conception. Cells that split, grow, and develop are, according to science, living. And yet Dawkins and many other atheists like him believe that abortion is acceptable. By definition, the killing of another without just cause (self-defense) is murder. So how is it that an advocate of science denies science in order to support abortion? Simply put, abortion is a core value of an atheist worldview. It’s part of his religion.

Dawkins would advocate caring for trees, which have no cognitive brain function, but would deny the same protection to living human beings. That sort of twisted lack of logic and reason is hard to fathom. For a man like Dawkins to be in favor of it while warning that children need protected from their religious parents is especially egregious.

I can’t help but chuckle when someone says “don’t legislature your morality!” I want to reply “so you want me to legislate my immorality?” The truth that needs to be understood is that someone’s “morality” is constantly being pushed. Either a morality based on absolute, transcendent truth, or a morality based on popular opinion and cultural winds.

Dawkins, though apparently ignorant to the fact that he holds to a “religion” as ardently as any Christian I’ve known, makes it clear that atheism doesn’t think parents should be parents in the lives of their kids. Atheists, if they agree with Dawkins, believe that others – presumably atheists, would do a better job of raising kids. Because I believe God created all things rather than a big bang my kids, according to Dawkins, need protected. And yet science can’t figure out what caused the big bang. (They’re just absolutely certain God didn’t do it.)

So a bunch of people paid a bunch of money to hear a “religious” speaker tell them how kids need protected from religious parents. And yet one of them saw the irony in it all. I feel bad for them. I feel bad for Dawkins who seems so angry at God that he has dedicated his life to disproving Someone he doesn’t believe exists. Perhaps Dawkins should heed the words of the Bible from a man that wasn’t convince Jesus was the Messiah either.

A Pharisee, one that lived by the law, reason, logic, once told his fellow Pharisees that wanted to fight against Christians to leave them alone. He said:

“I tell you, keep away from these men and let them alone, for if this plan or this undertaking is of man, it will fail; but if it is of God, you will not be able to overthrow them. You might even be found opposing God!” (Acts 5:38-39)

Perhaps Dawkins should adopt the same strategy. Either way, one day, He will know the truth and will be required to give an answer to God.