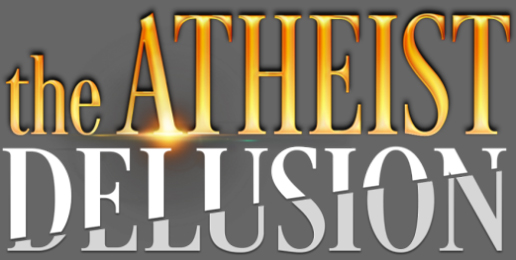 Those who deny the existence of their Creator are delusional.

Psalm 19:1 observes: “The heavens declare the glory of God; the skies proclaim the work of his hands.”

Romans 1:20 likewise notes, “For his invisible attributes, namely, his eternal power and divine nature, have been clearly perceived, ever since the creation of the world, in the things that have been made. So they are without excuse.”

Yet excuses they make.

In view of the everlasting consequence of carrying God-denial to the grave, such excuses exemplify a distinct “lack in judgment or prudence.”

My friend Ray Comfort is founder and CEO of Living Waters. He’s a best-selling author, movie producer and co-host (with actor Kirk Cameron) of the award-winning television program “The Way of the Master,” seen in 200 countries.

Recently, Ray contacted me and sent me a review copy of a new documentary he’s releasing this summer called, “The Atheist Delusion: Why Millions Deny the Obvious.” He asked me to watch it and give him some feedback. My only regret is that I waited so long to do so. To say the film is powerful is a gross understatement.

“Ray, please forgive me for not getting back to you sooner,” I responded. “I’ve just had a chance to finally watch this. I’m a 260-pound former professional boxer and ex-cop who’s sitting here balling like a baby. This is, bar none, the most compelling and comprehensive piece of its kind. I guess I can’t even say ‘of its kind’ because it’s totally unique. I’ve never seen anything so comprehensive. It’s visually stunning, winsome, compassionate, intellectually unassailable and moving to the extreme. Somehow you managed, in about an hour, to make the case, beyond any reasonable doubt, for the Creator God, and bring it home to the Truth of Christ. This is your masterpiece. Let me know how I can help you get it out far and wide.”

I mean it when I say “The Atheist Delusion” is the most persuasive and captivating answer to atheist questions I’ve ever seen on film. Without giving too much away, let me just say that non-believers and believers alike will be moved emotionally, spiritually and intellectually. I have no doubt that many who claim atheism at the beginning of the film, will be left well on their way to admitting His existence and infinite glory toward film’s end.

Back in April I wrote a column first published at WND and later at CNSNews. The piece, titled, “The Big Bang Blows Atheism Sky High: Even Science May Eventually Catch Up to God’s Word,” was then aggregated and featured on the main page of Yahoo News where it went viral. In the column I detailed some of the foolishness inherent within the belief that everything came from nothing – that there is no God – a subject I delve into deeper in my new book, “Hating Jesus: The American Left’s War on Christianity.”

“The manifest intentionality and fine-tuning of all creation reveals design of breathtaking complexity,” I wrote. “The Creator is of incalculable intelligence and infinite splendor. As I see it, atheism provides a case study in willful suspension of disbelief – all to escape, as the God-denier imagines it, accountability for massaging the libertine impulse.”

And so, as does world famous atheist Richard Dawkins, they concoct an idol of their own making – a false god, easy to avoid; a “god” who is “arguably the most unpleasant character in all fiction: jealous and proud of it; a petty, unjust, unforgiving control-freak; a vindictive, bloodthirsty ethnic cleanser; a misogynistic, homophobic, racist, infanticidal, genocidal, filicidal, pestilential, megalomaniacal, sadomasochistic, capriciously malevolent bully.”

Indeed, it’s been said that the atheist position is simple and twofold: 1) There is no God; 2) I hate Him.

After watching “The Atheist Delusion,” viewers will be left no more wiggle room as to the undeniable question of God’s existence.

All that remains will be to either love Him – or continue hating Him.

Matt Barber
Matt Barber is the founder and editor-in-chief of Barbwire.com. Matt is not only an author, columnist, and cultural analyst, but he is a Christian pro-family attorney concentrating in constitutional law. Having retired as an undefeated heavyweight professional boxer, Matt has taken his fight from the ring to the culture war.  In addition to his Juris Doctorate degree, he holds a Master of Arts in Public Policy from Regent University and a Bachelor of Science in Organizational Management from Colorado Christian University. As a published freelance writer, many newspapers and online publications run his columns, including the Washington ...
Full bio and more from Matt Barber
Related Articles