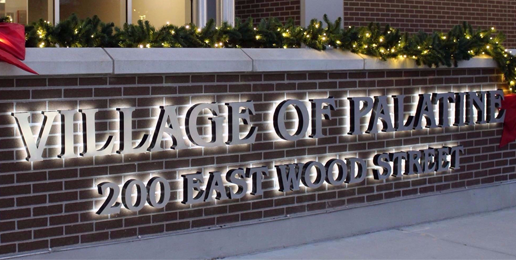 Palatine Considers Banning Marijuana Sales – And You Can Help!
12.05.19
PRINT

Elected officials in the Village of Palatine are considering a ban on limiting drug traffic and marijuana sales within village limits. We hope and pray that they will seriously consider an ordinance that would prohibit marijuana retail businesses from setting up shop in the community.

The Village of Palatine has scheduled meeting on Monday, December 9th at 7 PM. Meetings are held in the Council Chambers at Village Hall: 200 E. Wood Street in Palatine, Illinois  60067

To understand the effects that marijuana legalization will ultimately have in Illinois, we need look no further than California and Colorado to see a cautionary tale of the unintended consequences of legalization.

California is considered the largest cannabis market in the world. But they’re in huge trouble. While 2019 is not yet over, it’s estimated that their total marijuana sales will come in at near $12 billion. But the black market accounts for 73% of that $12 billion or $8.7 billion!

We were promised that regulating this Schedule 1 drug would eliminate the black market. They don’t pay taxes, or license fees, follow regulations, pay insurance premiums or minimum wage. The result is cheaper weed, which is exactly what users want.

If it wasn’t so serious, it would be laughable.

Knowing what we know about the tragic and often irreversible effects of marijuana, we cannot in good conscience permit a retailer to peddle a drug that robs so many youth of their future and compromises the safety of our citizenry. Instead of making Big Marijuana richer and the Palatine a haven for those selling the drug and those seeking to purchase it, let’s make it a refuge for families seeking to shield their loved ones from this drug’s destructive path.

Next week’s meeting might lead to a vote that will shape the future of Palatine.

Take ACTION: Click HERE to send an email to Mayor Jim Schwantz and all six council members asking them to reduce drug traffic and protect the families they represent by passing a ban on the retail sales of marijuana. And if you’re able, please attend the December 9th hearing and make your opposition known.

–> See the U.S. Surgeon General’s Press Advisory about the health risks of marijuana use.