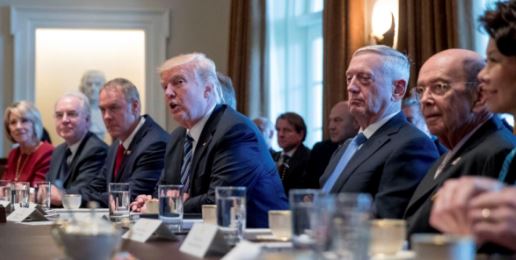 What has President Trump accomplished?
08.26.17
PRINT

As I listen to the main stream media daily and hear what they determine to be the “news stories” of the day, I have asked myself on numerous occasions, “What has President Trump accomplished in his first eight months of office?”

That is a question that has gone unanswered by any of the news media outlets, save one.

On Thursday, August 24th, Sean Hannity ran down a list of the President’s accomplishments during his Fox News Channel program.

For those of you who may have missed his monologue, I offer this list:

If you are aghast at not having any word from our Media regarding this list of either direct actions by our President, or outcomes resulting from legislation, Executive Orders, or creation of a climate for business growth, you echo my sentiments. WHY are we not hearing about real actions designed to get the country back on track? And why are we not hearing how we are doing in relation to the issues that were most important to the people who elected our President & representatives?