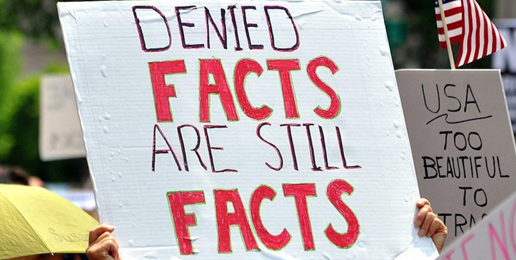 The National Assessment of Educational Progress has issued its “Nation’s Report Card” on America’s schools and the data is clear. Private schools — which are mostly religious — outperform their public-school counterparts in science scores in almost every subcategory, including physical science, life science and earth science.

But, I thought religious schools were backwoods bulwarks of knuckle dragging science deniers?

After all, if you listen to the likes of Rob Miller, the superintendent of Bixby Public Schools in Bixby, Oklahoma, you’d never think it possible that religious schools could even teach science — much less teach it better.

“School choice,” he said (and by inference he implicates all private religious schools), is little more than a ruse to empower theocratic parents, “who want to use the Bible as [a] biology text.” According to Mr. Miller and his cabal of establishment elites, education will be irrevocably damaged if we — God forbid — don’t forbid God in the classroom.

Our “Nation’s Report Card,” however, appears to disagree.

When the test results are in, it appears it is conservatives who are actually the ones who are pro-science and not their detractors.

This should not surprise you.

After all, it is conservatives who believe in reason, rationality, and the reality of the tangible, the physical and the material. Today’s progressives argue for the opposite. They deny science in favor of the social. They ignore the empirical evidence of physics, physiology and genetics. They disregard objective data while they celebrate “feelings” over facts. They disparage truth while claiming it is true that nothing is true.

It is conservatives who know there is a right answer and they pursue it to its logical end. They are willing to constrain themselves to live within the laws of nature and nature’s God. They know morality is tethered to an immutable “measuring rod outside of those things being measured” (C.S. Lewis). Progressives, on the other hand, know nothing can be known. For them, there is no “right” answer and that’s the only right answer. Their law is that there is no law. Everything is grounded in emotional constructs and driven by power, politics and individual passions. Morality is an illusion and to disagree with them is, well, immoral.

It is conservatives who are pro-women because they acknowledge the biological fact of the female. They know that women are real. Progressives are misogynists. To them, a female is little more than a leprechaun or unicorn; a fabrication and fantasy, of any dysphoric male who wants to play dress-up and make-believe.

Conservatives defend the rights of women. They believe in the science of x and y chromosomes. Accordingly, they argue that their mothers and daughters, sisters, wives and girlfriends, have the right to their own bathrooms, showers, scholarships and sports. Progressives deny women such rights because they deny science and they deny that anything is right.

Conservatives believe human life is an empirical fact and, therefore, they fight against killing our youngest children. Progressives, on the other hand, actually claim that, in spite of moving legs, arms, fingers and toes, that such a baby is not human.

Conservatives warn of the failures of socialist regimes. Progressives shrug at over 100 million dead and laud socialism as a moral good.

Time and again, the daily news proves it: Conservatives are much more interested in logical debate and an open exchange of ideas. Conservatives welcome a good argument while progressives want to silence the dissenting voice.

Religious conservatives understand the common sense of Chesterton: “The object of opening the mind, is to close it on something solid” and “he who stands for nothing will fall for anything.” Progressive secularists recoil against such common sense because, apparently, it makes too much sense.

Conservatives understand that, in the end, feelings don’t matter; facts do. Progressives simply respond by crying, “You hurt my feelings!”

Endnote: It is becoming clearer every day that progressive elites are just as religious as those they criticize for being too religious. In the end, both the left and the right believe in God. The conservative believes in the one he sees in the Bible. The progressive believes in the one he sees in the mirror. One worships the Creator God. The other worships the god he’s created. One is humble and admits he looks through a glass darkly, yet thinks clearly. The other can’t think his way out of a paper bag and is totally blind. One’s mind is redeemed; the other’s is deluded. One follows science because of his reverence for God. The other denies science because he thinks he is god.

Here’s the basic question: Which one would you rather have teaching your sons and daughters about science?

Dr. Everett Piper, the former president of Oklahoma Wesleyan University, is a columnist for The Washington Times and author of “Not A Day Care: The Devastating Consequences of Abandoning Truth” (Regnery 2017).

This article was originally published at WashingtonTimes.com.