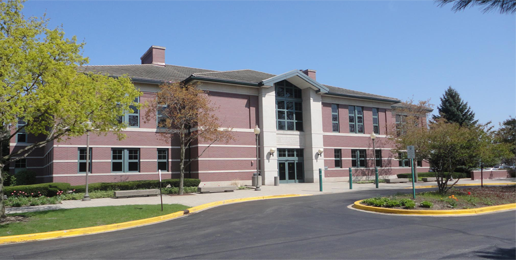 On August 28th, the West Chicago Public Library Board voted 6-1 to retain the homosexuality-celebrating picture book This Day in June. IFI thanks you for your support in emailing the library director Benjamin Weseloh to share your concerns about this book.

There were roughly 80-100 people in attendance, and 90 percent of them were pro-LGBT supporters of the book. Unfortunately, this is usually the case when book controversies arise. Those who seek to normalize disordered sexuality are far more passionate, tenacious, and bold than are those who oppose the normalization of sexual deviance. The Left seems to care far more about promoting lies to young children than conservatives do in protecting them from lies.

Those community members who had the wisdom and courage to oppose this troubling picture book needed much more verbal support at the meeting. IFI is disappointed in the absence of local community support for those brave men and women. We know significant opposition to this book exists because of the hundreds of messages that were sent to the director, but emails alone are insufficient if real change is to occur. Sometimes people are unable to make meetings, but often emailing concerns represents indefensible cowardice or surrender.

The supporters of the book came out strongly against IFI, explicitly attacking us and making numerous spurious statements. The most obviously false statement was that IFI is a hate group. IFI’s positions on homosexuality no more constitute hatred of persons who believe differently than does disapproval of polyamory or polygamy constitute hatred of polyamorists or polygamists. Leftists are either unable to understand this distinction or unwilling to admit it because they know that fallacious ad hominem attacks work.

The most startling remarks made in support of the book were that the content was not sexual. This is a complete denial of reality and a reminder that people will pervert the truth to suit their own lifestyles. The book is specifically intended toward “helping” children recognize and accept the diversity of sexual preferences. It features men kissing men and women kissing women. Since when is romantic kissing or even simply kissing romantic partners not a sexual act?

Some of the board members noted the importance of the library representing the diverse views found in its community. The speciousness of this claim is revealed in the absence of books on a host of topics. This absence is due—at least in part—to librarians imposing their moral views through the purchasing process. When they impose their views, it’s called responsible text selection. When conservatives want purchases to reflect their views, leftists call it censorship and book-banning.

We were disappointed not only in learning how the board members voted but also in learning that regardless of their votes, the book would have stayed on the shelf. According to the parliamentarian, the policy of the board is to let the library staff decide for themselves the quality of material, so last night’s vote was a non-binding vote. The board’s policy is reflective of the American Library Association (ALA), the far-leftist organization that wanted children’s computers to have access to pornography) and which actively promotes homosexuality and the “trans” ideology. Should unelected library staff whose training comes through the highly politicized and leftist field of library science be granted such near-absolute autonomy?

Ultimately, if community members want to see this inappropriate book moved to a restricted area—as it is in other local libraries like Downers Grove—or removed altogether, they will either have to convince the staff to move or remove the book, or West Chicagoans must elect better board members to change board policy.

West Chicago Public Library employee Joan Happel posted this celebratory announcement on Facebook, “The library director’s decision is to keep the book where it is! That decision was never in question.” Happel evidently finds nothing problematic about a picture book for young children whose author said this:

When I wrote this story, I wanted Pride to be featured as realistically as possible. I wanted to see drag queens, guys in leather, rainbows, political signs, the Dykes on Bikes—everything you would see at Pride. I didn’t want any of it to be watered-down or sugarcoated. Lots of people have asked me, “Do you think that’s appropriate for children?” And my answer always is—YES.

Unfortunately, numerous libraries throughout the country and in Illinois are using public monies to promote the normalization of homosexuality and the “trans” ideology. The battle against dissenting views—including Judeo-Christian views—continues. Those relatively few brave souls who step up to oppose deception—especially deception that harms children—need many others to come alongside them. IFI wonders how many area pastors showed up to make statements about this book.

Here is a breakdown of how the West Chicago Library Board voted and their respective term expiration years.

Voted in Support of the Book:

Voted to Remove the Book:

The Self-Congratulation in Banned Books Week

The LGBT (Ideological) Seduction of Our Children
b
a
x
r