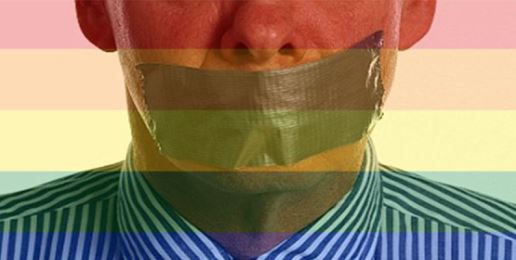 Last week, Chad Vegas, a good friend of mine and the Reformed Baptist pastor in Bakersfield, California emailed me as follows:

As you know, CA has mandated this [school transgender policy] for the whole state. I have served on the largest high school board in CA, and the nation, for 12 years. I basically lead that board. Our board voted to adopt the new law into policy. I voted against it. I was breaking the law for doing so. I could be personally sued and our attorney tells me the board insurance won’t cover me because I am breaking the law and I am a bigot. Anyway, I announced I would not seek reelection. The community came unhinged when I announced that. I remain the most popularly elected official in the history of our school board. Thousands of parents filled our board room in protest of the law. Thousands are pleading with me to reconsider and keep fighting. My elders are still considering what to have me do…. [T]he board and administration, and even some leaders in the liberal teacher’s union, are asking me to reconsider.

On Thursday, he announced that he would not seek re-election in a letter to his congregation.

There you have it: A popular, longstanding, and effective member of a school board has had to stand down—not because he does not enjoy the confidence of the community, but simply because he does not accept the latest demands that every knee must bow to whatever the political taste of the moment has decided is non-negotiable.

It reminded me of my review of John Inazu’s new book on confident pluralism and his response. Essentially, I argued that confident pluralism depended upon a balance of cultural and political power. As that balance no longer existed, pluralism was effectively dead. John responded that I was too pessimistic and that my own tone in my review was not entirely conducive to promoting pluralism.

Well, the fate of Chad Vegas in Bakersfield is a great example of precisely my point. He is a popular member of the schoolboard, perhaps the most popular. Even his liberal opponents acknowledge that and want him to stay. But he cannot. He has already broken the law by voting his conscience. He could be sued for that. And how many of those who want him to stay would be willing to stand shoulder to shoulder during a long, exhausting and punitively expensive legal action?

This cultural moment has been taking shape for some time. A few years ago my oldest son was running track for an Ivy League school. One of the team came out as a lesbian and it was decided that all athletes should wear a rainbow armband in support. My son did not want to comply but also did not wish to cause unnecessary offense to his friends and so he called me and asked what argument he should make against the idea. I told him to say that, as one of America’s greatest virtues was its freedom, he should tell his teammates that he absolutely respected their right to wear the armband in solidarity with their friend. They were free to do so and he rejoiced to live in a nation where they could do so. But by the same token, they should respect his right not to wear the armband in accordance with his personal religious convictions. That’s a good argument, I said, and I told him he should make it modestly and politely and then simply not wear the band without drawing any great attention to his act. But I also advised him that it would not be greeted with approval because the issue was not really about the freedom to be tolerant and diverse, whatever the rhetoric. It was about the intolerant political demand that all should be the same. Sure enough, he was decried as a bigot and homophobe.

Thus it is in modern America. To repeat myself: Confident pluralism assumes either a balance of power or a basic common decency between the various sides in any of the cultural debates. The balance and the decency no longer exist. Nor does it matter that there might be a democratic majority supporting the dissenter in whatever public-square conflict occurs. Power is not a function of numbers any more, if it ever was. It is a function of organization and of having one’s hands on the levers of cultural and legal power. Expect no quarter in the conflicts that are already upon us, however many of your neighbors may initially express sympathy with you.

The long Gramscian march of the activist bien pensants through the institutions is reaching its conclusion. It really is. And it is time to face that fact and abandon the myth that the world is run by people who respect difference and diversity, and that all we need to do is behave decently in order to win their respect and earn their favor. They do not think that way. They will never think that way. And they will crush those who do. By any means necessary.

This article was originally posted at FirstThings.com