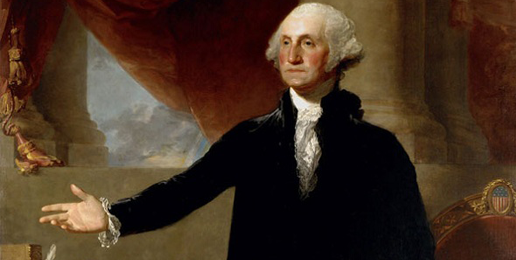 With this being the season we celebrate the birthdays of two of our greatest presidents—Lincoln and Washington—I thought it would be fitting to share a quote from our first president that still has tremendous relevance today.

Washington understood the power of education and its influence on young minds. In a letter written in 1795, he shared the following:

It has always been a source of serious reflection and sincere regret with me that the youth of the United States should be sent to foreign countries for the purpose of education. Although there are doubtless many, under these circumstances, who escape the danger of contracting principles unfavorable to republican government, yet we ought to deprecate the hazard attending ardent and susceptible minds, from being too strongly and too early prepossessed in favor of other political systems before they are capable of appreciating their own.

The wisdom encapsulated in this paragraph from Washington’s letter holds a lot of relevance for us today, albeit in a different context. While Washington was concerned about foreign ideas of government, today we need to be equally—if not more—concerned about worldviews and value systems contrary to the Word of God (and not just regarding government, but also morality, ethics, and every other area of life).

Just as it was Washington’s desire to see more young people educated here in America rather than abroad, my desire is to see fewer young people from Christian homes educated in secular schools and more given a distinctively Christian education.

Let’s break this quote down and look at some of the wisdom it contains.

Washington begins by observing how solemn his concern is, noting that this has “always been a source of serious reflection and sincere regret” for him. Indeed, the possibility of our young people adopting contrary worldviews and belief systems is (and ought to be) a matter of “serious reflection.”

Washington lamented young Americans being sent away to foreign nations. In our day, however, it’s not foreign countries we need to be concerned about so much as the institutions in our own country that are foreign to our worldview and beliefs. Sending our children away to these institutions brings risk just as surely as sending an eighteenth-century American student to Europe did.

FOR THE PURPOSE OF EDUCATION

Here we come to the crux of the matter. These young Americans in Washington’s day weren’t being sent overseas merely as tourists or sightseers, but as students—“for the purpose of education,” as Washington put it. And that’s a key distinction. When we send our students to schools where we know the worldview is contrary to our own, we have contradictory hopes. We hope our children do learn what we want them to learn, but at the same time, we hope they don’t learn what we don’t want them to learn. Do you see the dilemma? We hope the school is effective, but not too effective. We hope our children learn and believe some of what is taught, but not all of what is taught.

How are our children supposed to know the difference? How are they going to parse it all out and embrace the good while rejecting the bad? It’s a tall order for a young mind.

Never forget: the purpose of a school is education; the foundation of education is ideas; and the content of our ideas determines our direction in life.

Here we come to another important point. Washington knew that many of the young people sent overseas for their education were bright, intelligent . . . and susceptible.

Think about some of the synonyms for susceptible: vulnerable; prone; liable; at risk.

Washington knew that young minds are often ardent, but that this ardor can bring vulnerability to wrong ideas. That was his concern in 1795, and it’s no less a concern today.

TOO STRONGLY AND TOO EARLY

Washington’s fear was that these young Americans would be impressed with contrary ideas “too strongly and too early” for their own good and the good of their country. And his concern wasn’t unfounded. Indeed, the combination of youth and inexperience is a dangerous blend. Mix in some wrong influences, and you’re inviting disaster.

The final point in Washington’s argument is insightful: he recognized that these young people were not yet capable of completely understanding their own nation—what it offered and what it represented. They would be susceptible to other ideas of government because they had not yet come to a point of full appreciation for the American experiment and the value of individual liberty.

Is it any different today, in the realm of other ideas and beliefs? Are our children so wise and mature that they can recognize the value of the Christian worldview and hold it as the precious thing it is, even in the face of conflicting belief systems?

EMBRACING THE WISDOM OF WASHINGTON

The father of our country was rightly hesitant about sending our young nation’s students abroad to be educated in countries that didn’t share our values of liberty and self-government. He recognized that a young person’s inexperience, ardor, and susceptibility would all combine to make him or her uniquely vulnerable to embracing foreign ideas of government. And in turn, this would be dangerous to the nation he had dedicated his life to building.

In our day, we’re seeing young people walk away from the church in droves. Perhaps we should take a cue from the wisdom of Washington and stop sending our young people, with their “ardent and susceptible minds,” to be educated by those who share neither our faith nor our worldview. Let’s handle the education of our children with the care and concern it deserves.