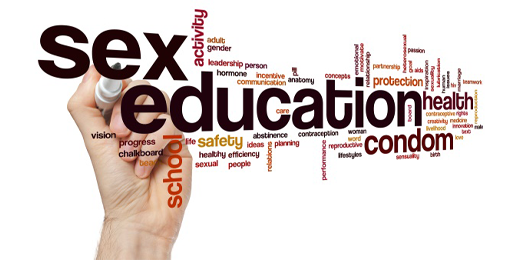 A new study has found that government cuts to spending for sex education courses and contraception have contributed to Britain’s lowest teen pregnancy rate in nearly 50 years, the Catholic Herald reported.

Researchers David Paton of the Nottingham University Business School and Liam Wright of the University of Sheffield discovered that pregnancy rates for women under 16 have seen the sharpest decline in local authority areas that drastically cut funding for “preventative” programs.

After observing trends in 149 local authorities between 2009 and 2014, Paton and Wright concluded that central and local government cuts to sex education and contraceptive services coincided with teenage pregnancy rates falling by 42.6 percent between 2008 and 2013 — the lowest they’ve been since 1969. And by 2014, 4,160 girls under 16 became pregnant, marking a 10 percent decrease from the previous year.

Speaking with The Times, Wright said that he and his colleagues were surprised by their initial findings, and decided to test for possible alternative explanations before concluding that decades of sex education and easy access to contraception have led to an increase in teen pregnancies.

After doing so, however, the researchers deduced that these methods — which took off during the Sexual Revolution of the 1970s, gained even more traction with the AIDS epidemic of the 80s, and have continued into the present day — have not only failed to reduce teen pregnancies, but have in fact led to even more unwanted pregnancies, and subsequently more abortions and teenage parenthood.

“There are arguments to suggest that the impact [of the budget cuts] on teenage pregnancy may be not as bad as feared and, indeed, that spending on projects relating to teenage pregnancy [i.e. sex education and contraception] may even be counterproductive,” Wright and Paton wrote in the Journal of Health Economics.

These recent findings are deserving of the descriptor “groundbreaking,” especially when one considers the seemingly universal, half-century-long consensus among researchers and policymakers regarding sexual health. By contrast, programs and policies that promote chastity have been all but dismissed from the public conversation, yielding devastating consequences.

In our secular society, abstinence education carries the same connotations as so-called “gay conversion therapy”: cruel, ineffective, and contrary to “nature.” Programs that encourage youths to not act on certain desires for the sake of preserving their own moral and physical health have earned the labels “bigoted” and “antiquated.”

But what if every human’s true nature is to live virtuously and not to entertain our every passion and appetite? The ancient Greek philosopher Aristotle based the bulk of his career on a single ethical question: “What is the good life?” In asking this, he wasn’t trying to discern which acts or material goods bring immediate satisfaction to humans, but rather, which practices and habits are capable of rendering lasting joy, health, and flourishing for society as a whole.

If the social scientists of the 1970s and beyond had applied that basic question to the study of sexual practices, they would have learned exactly what we are learning 50 years hence.

A Centers for Disease Control and Prevention report on teen health and sexuality released last year found that teens who abstain from sexual intercourse are much less likely to engage in “risky” or unhealthy behavior (e.g. get into a car with a drunk driver, experience physical abuse from someone they are dating, smoke, binge drink, inject illegal drugs, be depressed or suicidal, try tanning beds, etc.) than their sexually active peers.

Based on this report and others like it, it would seem as though the “best life” is that in which teens are made to confront the destructive consequences of premarital sex and weigh the costs on their own. Instead, however, sex-ed programs that teach “safe sex” have grossly underestimated the moral faculties of youths, lowering their standards and normalizing deviant behavior.

Thankfully, despite the deliberate spread of misinformation regarding abstinence, modern teens have successfully employed their trademark tactic: rebellion. Since 1991, the percentage of teens in the U.S. who are sexually active has decreased by 8 percent. The truth about abstinence is resonating with young people, whether the public acknowledges it or not.

Studies like the one recently released by the Journal of Health Economics are further reminders that educators and public officials who truly care about the sexual health of teens need to seriously consider replacing failed sexual education policies with ones that truly contribute to societal flourishing.

This article was originally posted at FaithWire.com