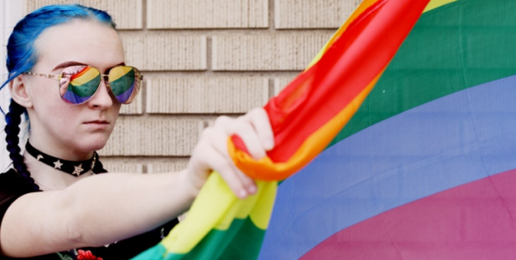 A Sound, Compassionate Response to the Transgender Movement
Written By John Stonestreet   |   03.12.18
PRINT

What was once unthinkable has become unquestionable. And so, every Christian must know how to engage this transgender moment.

Imagine this scenario: Your 17-year-old daughter tells you she’s trapped in the wrong body, is really a boy, and wants hormone therapy to begin the process of transitioning. As her parent, you love your daughter, but you disagree. You want to look at other options to help her.

She decides to take you to court. Even though she’s a minor under your care, the judge decides your beliefs are a danger to your daughter, and takes her from your custody.

Well, imagine this scenario no more. That’s exactly what happened in Ohio recently.

And we shouldn’t be surprised. As Ryan Anderson, a Senior Research Fellow in American Principles and Public Policy at The Heritage Foundation warns, Americans can expect more cases just like this one.

Anderson’s in-depth research of the transgender movement and sexual ideology is now available in his new book, “When Harry Became Sally: Responding to the Transgender Moment.” And I don’t say this lightly, this book is one every single Christian needs to read and understand.

This is a movement with considerable momentum—in popular culture, education, and even public policy. It’s an evolving movement. Here’s what I mean: as Anderson points out, gender ideology used to be based on the idea that our sex (in other words our physical natures, including reproductive organs and hormones) was biological, but our gender was socially constructed.

Activists challenged traditional gender roles as being oppressive and too generalized. But today the movement claims that sex is not biological, but assigned at birth. As if the doctor makes a random decision to identify a child as male or female. That’s how, the popular theory goes, boys can be trapped in girl’s bodies, and vice versa.

This is, of course, a scientifically indefensible position, and assumes that deep in some part of one’s brain (though we’re not sure where), our true gender identity is located. The theory is advancing, not on its merits, but on political power and name-calling: that only bigots insist on biological realities.

What Anderson does so well in “When Harry Became Sally” is to articulate how transgender ideology is hopelessly tied up in contradictions. He’ll help you spot those contradictions and articulate them with clarity and kindness to others.

But even so, many Christians still wonder why they should care about this one. Maybe they are still wearied over the same-sex marriage battle, or like many of us, maybe this is one of those issue that hits a little too close to home.

Well, I think there are at least two reasons we should care. First, Christians have always proclaimed that our bodies matter. This is no trivial point of Christian theology. Scripture tells us that God made us in His image, male and female. That Jesus became flesh and dwelt among us, and that He was physically resurrected from the dead. We cannot go along with any ideology that denies God’s created order.

And the second reason we should care is, well, the children. Ideas have consequences, and bad ideas have victims. Transgender ideology is disproportionately aiming at children, teaching them that they are not the inherently valuable image bearers God created them to be. If we love our neighbors, especially the kids, we cannot remain silent on this one.

We will send you a copy of “When Harry Became Sally: Responding to the Transgender Moment” as a thank you for your gift today. Visit BreakPoint.org to get your copy.  It will equip you to defend the truth of God’s plan for human sexuality and identity—and help those impacted by the transgender movement.

And if you come to our website, you’ll find other articles and teaching resources on this issue also.

This article was originally published at BreakPoint.org

Religious Freedom and SOGI Laws
b
a
x
r