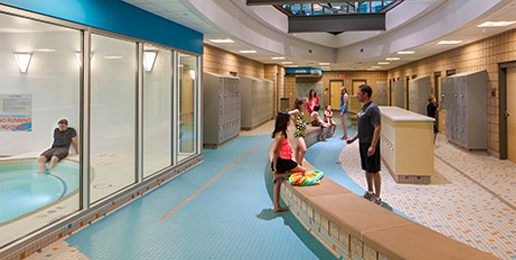 Chasco Middle School in Port Richey, Florida did what many presumptuous and foolish k-12 schools around the country are doing: The administration unilaterally decided to sexually integrate the boys’ locker room with no notification to either the boys or their parents. The boys, and shortly thereafter their parents, learned about it when an objectively female student who seeks to pass as a boy humiliated them when she entered the boys’ locker room while they were in their underwear. The boys immediately left the locker room and sought help from two P.E. teachers—Robert Oppedisano and Stephanie Christensen—who according to Liberty Counsel, “were powerless to respond, because administrators had placed a gag order on them, and told them that they could not answer the boys on these questions.”

To be clear, not even student and parental notification would make this unjust and foolish decision right. Providing no notification just made a lousy decision worse.

Robert also objected to administrators’ order that he continue to walk into and supervise the locker room, despite a girl potentially being nude or undressed in that area. The administrators told him that the girl in question had “every right to use the locker room,” including the right to disrobe in the open locker area, and shower in its open showers, where Robert is required to periodically walk in and supervise. Robert will not knowingly place himself in a position to observe a minor female in the nude or otherwise in a state of undress. Now, Robert has been told by administrators that he will be transferred to another school as discipline for “not doing your job in the locker room.”

Some questions for the Chasco Middle School administration:

Ironically, while violating the physical privacy of children, the Chasco administration is trying to cloak its secret plan to sexually integrate private spaces by appealing to—you guessed it—privacy. But neither privacy policies nor laws prohibit the administration from notifying students and parents that the school has adopted—with no board vote—a new practice of sexually integrating locker rooms and restrooms and that boys and girls can expect that they will be sharing private spaces with persons of the opposite sex. (As an aside, I wonder how female faculty or administrators would feel if they were in their underwear in a women’s faculty locker room when without notification an objectively male colleague walked in.)

The brains behind this “trans”-cultic operation to violate the privacy of and humiliate students is Jackie Jackson-Dean who consulted with every pro-“LGBTQ”-advocacy organization she could find—including the Southern Poverty Law Center’s (SPLC) government school indoctrination arm, ironically called “Teaching Tolerance.”

The weedy thicket of Dean’s recommendations include encouraging the school to participate in every pro-homosexual/pro-“trans” event sponsored by the Gay, Lesbian and Straight Education Network (GLSEN), encouraging teachers to use incorrect pronouns when referring to students who masquerade as the opposite sex, and publicly praising teachers who affirm pro-“LGBT” orthodoxy (thereby implicitly shaming those who don’t).

There’s an odd omission in her rainbow-adorned document. She neglected to mention this which comes right out of a document to which she links:

On the federal side, the Title IX regulations issued by the U.S. Department of Education allow schools to provide separate but comparable bathrooms, locker rooms, and shower facilities on the basis of sex…. While there is no definitive national legal authority on the issue, federal courts in non-school cases have recognized a fundamental right to privacy or acknowledged the legitimacy of safety concerns in cases involving individuals undressing, using the restroom, or showering in an area to which a member of the opposite birth sex has access. Moreover, a federal district court recently asked the question whether a university engages in unlawful discrimination in violation of Title IX or the Constitution when it prohibits a transgender male [i.e., a biological female] student from using restrooms and locker rooms designated for men on campus. The court concluded: “The simple answer is no.”

If adult coaches are required to be in the presence of partially or fully undressed students of the opposite sex who “identify” as “trans,” there remains no rational reason to prohibit adult coaches from being in the presence of partially dressed or fully nude students of the opposite sex who accept their sex. In short, the “trans” ideology has invalidated objective, immutable biological sex and its anatomical manifestation as having any relevance in separating humans in spaces where bodies are exposed.

So, now what would have once been too scandalous to even imagine is being or going to be required.