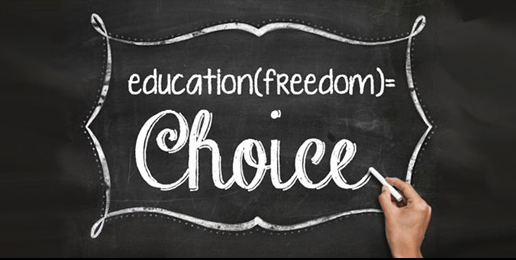 According to data released by Education Week, America’s government-run schools lost almost 1.3 million students this year. (Delaware, Illinois, and North Carolina didn’t supply enrollment statistics, so the true number is probably somewhat higher.) The downtick was due to the Covid pandemic and its overwrought response, including draconian lockdowns and subsequent forced digital learning – mostly occurring in school districts with strong teachers unions.

While undoubtedly some of the “missing” kids will return when schools open their doors in August and September, to be sure many will not. And for those who don’t, increasing numbers will have more choices than ever.

As EdChoice Director of Policy Jason Bedrick notes, 14 states have enacted 18 new or expanded educational choice policies so far this year. Additionally, it’s expected that six additional states will usher in new or expanded choice programs. On a national level, Utah U.S. Senator Mike Lee has introduced the Children Have Opportunities in Classrooms Everywhere Act, which would “modernize how, and to whom, we distribute our K-12 resources.” Lee explains that his bill “would allow low-income families with children in grades K-12 to apply for federal education funds that they can choose to put toward the public schools in which their children are enrolled or toward an education savings account, known as a 529 account.” (Education savings accounts (ESAs) allow parents to pull their children from a public school and receive a deposit of public funds into government-authorized savings accounts with restricted, but multiple, uses.)

Many polls reflect the fact that the zip-code mandated education system just isn’t cutting it anymore for many Americans. The American Federation for Children reports that 65% of voters support school choice, with 69% of Blacks and 67% of Hispanics in favor, according to just-released survey results. An EdChoice poll, shows that when given a fair description of school choice types, a great majority are in approval. For example, 80% of Black and Hispanic parents support ESAs, and 76% of White parents are in favor.

Even in California, where the private option is nonexistent, things are happening. In a recent poll, voters were asked if they’d approve a ballot initiative establishing ESAs, and a majority said they would. In fact, 54% of voters said they’d vote “yes” if given the chance, while only 34% said they’d vote “no.” Support among Black and Latino voters was even higher, with 71% and 66% respectively in favor. Toward that end, the California School Choice Foundation will be sending an education freedom initiative to Sacramento for title and summary in July.

Not surprisingly, the Education Industrial Complex has taken note of the upheaval. The Washington Post’s Valerie Strauss, big education’s Apologist-in-Chief laments, “The (parental choice) movement’s agenda is clear in the minimal accountability and few protections for students included in these bills.”

Strauss has it backwards. It’s the education establishment that is essentially accountability-free. In reality, a system of choice actually paves the way for higher quality. Citing the results of a study conducted by the University of Arkansas, Patrick Wolf, the college’s Endowed Chair in School Choice, writes, “Our conclusion is that the more a state provides parents with the freedom to choose their child’s school, the better the state’s students score on the National Assessment of Education Outcomes (NAEP). Even controlling for other state-level factors, and focusing on test score gains instead of levels, more freedom equals more achievement.” Competition makes all enterprises better, including education. School choice has also been shown to have a positive effect on taxpayers, ethnic segregation in schools and students’ civic values and practices.

While no one knows for sure what the future will bring, Foundation for Economic Education scholar Kerry McDonald is optimistic. She asserts that there are “4 Signs Parents Won’t Be Sending Their Kids Back to Public School This Fall.” Declining kindergarten enrollment, the major uptick in homeschooling, additional choice options, and divisive public school subjects like Critical Race Theory worming its way into curricula indicate that the move toward parental choice will be ongoing.

If nothing else, the pandemic has drawn back the curtain and exposed the wizard, revealing the truth about public schools. The myth that government duopoly – union bullies and toady school boards – has children as its #1 priority has been shattered. What newly empowered parents do next will be known shortly.

Larry Sand, a former classroom teacher, is the president of the non-profit California Teachers Empowerment Network – a non-partisan, non-political group dedicated to providing teachers and the general public with reliable and balanced information about professional affiliations and positions on educational issues.

This article was originally published by the California Policy Center.