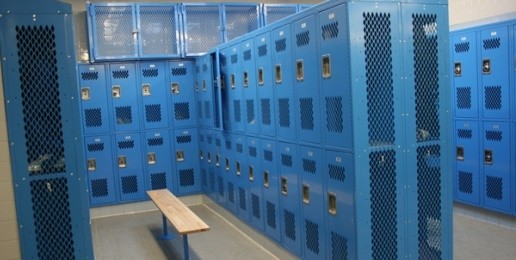 The inmates are running the asylum in Indy.

Until recently I had not heard of the National Federation of State High School Associations, or NFHS. This Indianapolis-based organization has, since 1920, developed and published playing rules for high-school sports in all 50 states and the District of Columbia.

Like so many other national organizations charged with establishing curricula, policies and practices for primary and secondary education (consider the NEA), the NFHS has become completely overrun by radical leftists and sexual extremists. It has placed political correctness and the adult “LGBT” political agenda above the welfare and safety of the boys and girls it purports to serve.

Last week, I received an email from a concerned public educator. He is also an NFHS member and high-school sports announcer: “I wanted to pass along to you an advisory that the National Federation of State High School Associations recently released on ‘Developing Policies for Transgender Students on High School Teams,’” he wrote, adding that, “in light of [his] positions,” and the threat of near-certain employment termination, he wished to remain anonymous.

And so I clicked on the link provided. It led me to an NFHS advisory penned by University of Massachusetts “social justice education” professor emerita Pat Griffin. (In other words, “Dr.” Griffin has a PhD in BS and has made a good, taxpayer-funded living shoveling it into that expansive black hole known as the “collegus craniumus.” As I have addressed before, “social justice” is simply code for “social-ism,” or, more precisely, cultural Marxism.)

Writing on behalf of the NFHS, Griffin advises every high school administrator in America that, according to the Federal Office of Civil Rights, Title IX requires that boys pretending to be girls, and girls pretending to be boys, must be permitted to compete on, and share locker room and showering facilities with, the sports teams of the opposite sex.

This is a bald-faced lie.

Griffin then lays the fantastical foundation for her entire “advisory”: “It is important for policy-makers to understand that transgender girls (who were assigned a male gender at birth) are not boys.”

This, of course, is objectively, “I am Napoleon,” house-full-of-kitty-cats cray cray. (Figure out a way, Ms. Griffin, to do a full override of a “transgender” kid’s reproductive system, give him a fertile uterus, vagina, birth canal and the like, preform a complete DNA/chromosome reversal, and we might at least have a place to begin a discussion. Until then, seek therapy. Your Huxleyan delusions are hurting, not helping, the sexually confused children you claim to serve. Besides, it makes you look nuttier than squirrel poop.)

Griffin then states the obvious, complaining, “School officials often see transgender students’ interest in participating in sports according to their affirmed gender identity as disruptive.” She further objects, “[P]ractices such as requiring them to use locker rooms and bathrooms that correspond to their gender assigned at birth discourage participation.”

“Gender assigned at birth.” Get that? Orwell would be proud. As if a person’s immutable, biological sex is both subjectively determined and arbitrarily “assigned” to them by our “heteronormative” American patriarchy.

Therefore, administrators have a “responsibility,” she demands, “to ensure that transgender athletes have access to athletic teams according to their affirmed gender identity and that these students are safe in locker rooms and on the playing field.”

Griffin then acknowledges, and promptly dismisses, “four major concerns” raised by mentally stable parents and school administrators. To the person who even dabbles in objective reality and speaks English only, the following will appear as gibberish. Fortunately, I speak fluent Moonbat and have translated accordingly.

“The belief that transgender girls are not ‘real’ girls is sometimes expressed as a concern,” she adds.

What a tangled web of gender identity disorder and “progressive” pathology we weave. Note that all of the “concerns” Griffin rejects happen to be 100 percent legitimate and fact-based. It is not a “belief” that “transgender girls are not real girls.” It is an empirical, biological fact that “transgender” girls are not real girls. They are, have always been and always will be boys, no matter how deep-seated their sexual confusion.

Still, the main issue here, the one that exposes the NFHS as nothing more than a dangerously reckless vehicle for radical “social change,” is the issue of safety.

Continues Griffin: “Some sports leaders and parents express concerns that allowing transgender girls [meaning high school boys] to participate on girls teams will pose a safety risk for non-transgender girls. This concern is based on an assumption that transgender girls are bigger, stronger and unable to exercise adequate body control resulting in an increased risk of injury to other participants.”

Again, this is utterly surreal. It is not an “assumption” that post-pubescent boys are “bigger” and “stronger” than girls, it is an irrefutable fact that they are. Girls, with the rare exception, are physically weaker, slower and less aggressive than boys. They have far less testosterone, muscle mass and a skeletal frame that is smaller, less dense and, therefore, more frail by comparison.

Pumping kids full of dangerous hormones or mutilating their genitalia changes none of this.

It’s easy enough to dismiss Ms. Griffin as the left-wing extremist she is. It’s not so easy, however, to dismiss the NFHS, which has both authorized her to represent the organization and to develop highly dangerous policies that will be adopted by high schools nationwide.

As a licensed attorney, and having once worked for years in the insurance industry, I can tell you that if a high school permits a sexually confused boy to play on a girls’ sports team, and that boy hurts a female player, that school has exposed itself to tremendous liability.

My suggestion to parents? If your high school allows boys to play on your daughters’ sports teams, sue, sue, sue.

And if, God forbid, one of those boys actually injures your daughter, then don’t just sue the school – sue the NFHS and Pat Griffin.

They’re ultimately accountable for this foolishness.