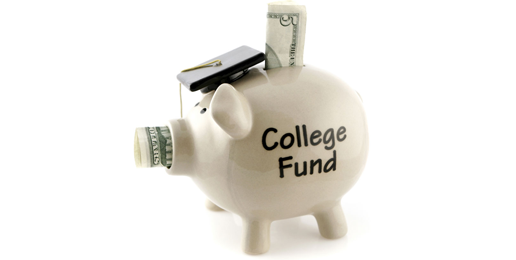 As Congress moves the tax reform legislation into a Conference Committee, the U.S. Senate version of the bill has an amendment that is not in the U.S. House bill.

U.S. Senator Ted Cruz (r-TX) explains what this language is at his website. The “Cruz Amendment” (Sen. Amendment #1725) “seeks to expand 529 College Savings Plans to include K-12 elementary and secondary school tuition for public, private, and religious schools, including K-12 educational expenses for homeschool students.”

Sen. Cruz delivered these remarks on the Senate floor:

By expanding choice for parents and opportunities for children, we have prioritized the education of the next generation of Americans, allowing families to save and prepare for their children’s future educational expenses. Expanding 529’s ensures that each child receives an education that meets their individual needs, instead of being forced into a one-size-fits-all approach to education, or limited to their zip code.”

Adding homeschoolers and expanding plans in general will help ensure that each child receives an education that meets their individual needs, instead of being forced into a one-size-fits- all approach to education. The expansion of 529 plans to include K-12 expenses will help working class and middle-income families save and prepare for their children’s educational expenses.

This amendment has the support of the Trump Administration — here is Education Secretary Betsy DeVos:

Expanding 529’s to include any educational option is a common-sense reform that reflects the reality that we must begin to view education as an investment in individual students, not systems.

HSLDA is grateful to Senator Cruz for introducing this amendment which contained HSLDA’s language ensuring that homeschoolers are able to use their own 529 plans for k-12 homeschool expenses. We support this amendment, and are grateful that it was included in the Senate’s tax bill.

Estrada explained that HSLDA “strongly opposes ANY federal funds” be given to homeschoolers. “We have vigorously opposed past attempts to give federal money to homeschool families, and will continue to do so.”

The bottom line is that a 529 plan is your own money, not government money. You put it into your own account after taxes. You decide whether and how to use it, or even whether to create a 529 plan for your children. HSLDA is grateful to Senator Cruz and Congress for ensuring that homeschoolers have another tool in their toolbox as they educate their children at home.

Take ACTION:  Click HERE to send a message to your U.S. Representative to encourage him/her to keep Sen. Amendment #1725, and allow parents to put money they save for their children’s college costs toward private K-12 education, including expenses to home educate.  Urge him/her to keep the Cruz Amendment and expand educational opportunities for parents and students.

Here is Senator Cruz introducing his amendment on the U.S. Senate floor:

Please don’t delay in communicating with our federal lawmakers in Washington D.C.