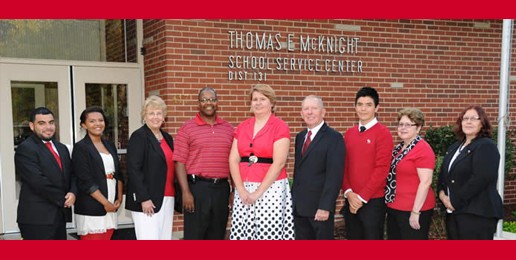 The East Aurora High School Board of Education recently passed a policy that would have permitted gender-confused students to use the restrooms and locker rooms designated for those of the opposite sex (i.e., of the sex that these students wish they were). The policy also mandated that district employees refer to these students using opposite sex pronouns (i.e., of the sex which these students wish they were), and it would have permitted gender-confused students to cross-dress at school without their parents’ knowledge or permission.

The policy was rescinded four days later and the district administrator, Christie Aird, who proposed it and apparently misrepresented it to the board was temporarily placed on administrative leave. According to news reports, she implied or stated that the Illinois bullying law passed in 2010 required such a policy change.

Here’s what every school district needs to know about the Illinois school bullying law: All it mandates is that schools must have a bullying policy and that they must register their policy with the state every two years. That’s it. The Illinois bullying prevention law does not require that schools have any policy whatsoever regarding restroom, locker room, or pronoun use for those who experience gender-confusion.

Although the 2010 Illinois bullying law did, indeed, add the politically biased Leftist terms “sexual orientation,” “gender identity,” and “gender-related expression” to the enumerated list of protected groups, the bullying law does not require that school bullying policy include reference to any enumerated groups (*see below for a sample bullying policy). And the “transgender” policy passed and rescinded at East Aurora High School had nothing whatsoever to do with bullying policy.

It was too much to hope for that the vote to rescind the misguided East Aurora High School policy for gender-confused students would remain unchallenged. Common sense and decency are in short supply in public schools, so almost immediately after the policy was rescinded, the school board formed an ad hoc committee to revisit the rescinded policy. The committee had its first meeting last week. Multiple sources have reported that the chairperson of the committee made it clear that she wants East Aurora High School to be the trailblazer on “transgender” policy for Illinois schools.

As is common at school meetings about controversial issues related to homosexuality or gender confusion, promoters of sexual deviance outnumbered conservatives, both on the committee and in the audience.

Serving on the committee are two adult cross-dressing males who wish they were women. “Joanie Rae” Wimmer  is a Downer’s Grove attorney, and “Crystal Ann” Gray, who lives in Woodstock, IL, works as a “transgender” advocate. Click here to watch a video of Gray and “Shari” Miller, another gender-confused man who as of 2008 was Gray’s romantic partner. Aurora parents, church leaders, and other residents should be outraged that this is who is coming into their school to create school policy that would affect their children.

Also in attendance was Sara Schriber, former ACLU attorney and current policy director for the Chicago-based homosexual activist organization, the Illinois Safe Schools Alliance. This is the organization instrumental in getting homosexuality-affirming resources into Beye Elementary School in Oak Park.

Lesbian Shannon Sullivan, another Illinois Safe Schools Alliance staff member, complained to WBEZ that opposition to this policy came from “outside groups,” namely IFI. Ironically, she said that just after admitting that the Illinois Safe Schools Alliance, an outside group, had been working behind the scenes for months with Assistant Superintendent of Elementary Programs Christie Aird.

The Aurora community should demand that only Aurora community members may serve on the committee, and at the next election, they should get rid of any school board member who supports any “transgender” policy.

Take Action: The East Aurora community needs help to prevent the school board from passing yet another “transgender” policy. If you live in Aurora, please attend the next meeting which is November 29 at 6:30 p.m. at 417 Fifth Street in Aurora (main office). If you know someone who lives in Aurora, please contact them immediately and ask them to attend this meeting. They do not have to have students attending East Aurora High School. Anyone who is willing to make a statement should call Clayton Muhammad (630 299-5550)by Nov. 22 to ask to be placed on the agenda.

If you have further questions, please contact either IFI or Aurora Pastor Patrick McManus at (630) 966-0724.

Those who support this type of policy must answer these two critical questions:

Thoughts about claims made by supporters of “transgender” school policy

In this entire mess, no one has talked about the symbolic and teaching effect of school policy. Many community members who do not like this policy will dismiss it as relatively unimportant because so few students suffer from gender confusion. But if it’s unimportant, why does the Left care so much about it? They care about it in part because of its symbolic effect. The Left knows that passing this policy necessarily means that the school has formally embraced the Left’s unproven, non-factual beliefs about sex and gender.

In addition, the Left knows that such a policy teaches.

Make no mistake, this is a critical battle. If this policy passes, it will make national news, and the homosexual and “transgender” advocacy groups will use it to force other schools to pass similar policy. As I have said many times, cultural change rarely happens through dramatic single events. It happens through the slow accretion of small events that we ignore or dismiss as trivial or irrelevant. This has the potential to be a hugely consequential battle.

A school bullying policy could say the following, which is taken verbatim from the bullying law:

No student shall be subjected to bullying.

Bullying means any severe or pervasive physical or verbal act or conduct, including communications made in writing or electronically, directed toward a student that has or can be predicted to have the effect of one or more of the following:

Bullying may take various forms, including without limitation one or more of the following: harassment, threats, intimidation, stalking, physical violence, sexual harassment, sexual violence, theft, public humiliation, destruction of property, or retaliation for asserting or alleging an act of bullying.

Such a policy would pass legal muster, be much more clearly inclusive, and steer clear of partisan politicization.