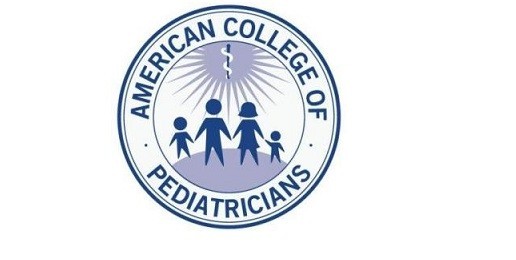 The AmericanCollegeof Pediatricians (ACP) is sending a letter to public school superintendents asking that they not tell students who may experience same-sex attractions to simply accept that they are homosexual or destined to be caught up in the dangerous lifestyle. The group has also launched a web site called Facts About Youth, which discusses sexual development and provides facts for parents, school leaders and policy makers on the issue.

The letter points out that, while at various times as many as one-in-four pre-teens or early-teens may report being uncertain of their sexual orientation, only between 2 and 3 percent of adults actually identify as homosexual. Therefore, the vast majority of youth with questions about sexuality choose heterosexuality. Many schools, however, are encouraging these youth to pursue and embrace homosexuality or bisexuality in spite of its significant physical, emotional, psychological and spiritual dangers.

“This is a critical, courageous, and revolutionary effort to restore factual accuracy to publicly funded schools that have unconscionably become the mouthpieces of organizations committed to using tax monies to advance unscientific, unproven, bleakly deterministic and dangerous ideas to children and teens, said IFI’s Laurie Higgins, Director of the Division of School Advocacy. “The censorship of facts and the censorship of diverse views about homosexuality and Gender Identity Disorder must stop. IFI is asking that all taxpayers send the link to this website to your local public schools.”

There is no scientific evidence that anyone is born gay or transgendered. Therefore, the College further advises that schools should not teach or imply to students that homosexual attraction is innate, always life-long and unchangeable. Research has shown that therapy to restore heterosexual attraction can be effective for many people.

Optimal health and respect for all students can only be achieved within a school by first respecting the rights of students and parents to accurate information and to self-determination. It is the school’s legitimate role to provide a safe environment for respectful self-expression for all students. It is not the school’s role to diagnose or attempt to treat any student’s medical condition, and certainly not the school’s role to “affirm” a student’s perceived personal sexual orientation.

The American College of Pediatricians is a national organization of pediatricians and other healthcare professionals dedicated to the health and well-being of children. The College produces sound policy, based upon the best available research, to assist parents and to influence society in the endeavor of childrearing.

Tom Benton, president of the ACP, said even children with Gender Identity Disorder, will “typically lose this desire…if the behavior is not reinforced.” “It is clear that when well-intentioned but misinformed school personnel encourage students to ‘come out as gay’ and be ‘affirmed,'” he explained, “there is a serious risk of erroneously labeling students who may merely be experiencing transient sexual confusion and/or engaging in sexual experimentation. Premature labeling may then lead some adolescents into harmful homosexual behaviors that they otherwise would not pursue.”