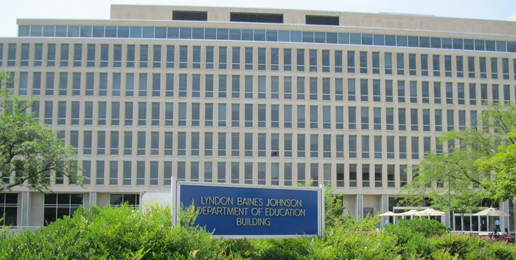 American education has become more and more centralized over the past 100 years. While this consolidation is associated with a great deal of expense, there has been little evidence that it has improved outcomes. Instead, the evidence points to, but does not yet prove, that decentralizing education offers more benefits, first in outcomes, and second in lower cost.

Centralization is the key problem in American education

In 1939, America had 117,108 school districts. By 2006, this number was down to 13,862. While it is difficult to correlate test scores over this period of time, America’s relative decline in comparison with other nations in reading and math since the 1950s is convincing evidence that this rapid consolidation and centralization clearly hasn’t helped outcomes.

It should be noted that while the numerous small districts that were consolidated during the 50s and 60s might be considered “centralization” from the perspective of the small districts, the fact remains that during that period, education was still considered a local matter. These districts, though fewer in number, still were mostly locally controlled. The more insidious type of centralization is where the state, and then increasingly the federal government, started to dictate curriculum, standards, and desired outcomes. This has accelerated over the last few decades. We are now at the point where we can say “local control” is mostly a myth.

This creeping centralization, whether intended or not, has lead to the rapid acceleration of administrative positions in government schools. It is clear from the data that this run up in employment, primarily in non-classroom expenditures, has been the largest cost driver in the last few decades.

This is borne out through many studies on district consolidation. It doesn’t really matter whether you consolidate, split up, or otherwise rearrange the management of schools. Relative to expense, what matters is payroll, and the payrolls are fat.

If there is any area where we can see the dramatic effects of centralization, it is the curriculum most American children are exposed to. Standards, curricula, and testing have become increasingly centralized. You can say what you want about the local control and your elected school board, but the 50 states now have standards that are increasingly similar, and districts must comply. Combine this with the oatmeal-like similarity of the textbooks and narrow choice of testing regimes across America, and American school districts all operate within a very narrow band, dictated by an affiliation of public, private, and quasi-private organizations that advise the federal government on what should, and shouldn’t be, taught in American schools.

That was how things were before the “Common Core State Standards,” and the adoption of the Common Core in 45 states merely codified a process that had been taking place for decades.

Rather, the tepid benefits and pitfalls of the Common Core illustrate that American public education has reached yet another expensive dead end (or cul-de-sac). The standards might have been a slight improvement over the aggregated standards of all 50 states (at the expense of the better standards in some states). But a standard is only as good as the number of people who can attain them, and tests show that the Common Core has been another expensive experiment that yield little or no clear benefits in that regard.

Jay P. Greene, Head of the Department of Education Reform at the University of Arkansas, testified before the U.S. House Subcommittee on Early Education, Elementary and Secondary Education about the role and implementation of national curriculum standards. He testified that:

Instead of debating yet another attempt to fix our overly centralized education system, perhaps it is time to begin the process of decentralizing it. Should we spend less time trying to “fix” things, and more time pulling things apart? Should we create more independent schools, putting more authority in the hands of parents, who might then choose from a wider array of these new, independent education options? Would that work.

Decentralization probably would work better, but we can’t say definitively unless we try. Following the logic of Mr. Greene above, there are excellent schools in today’s centralized system, as well as awful ones. It follows that there will be awful schools among these new options, as well as excellent ones.

In short, there is no guarantee that a de-centralized education system will improve aggregate outcomes. What is very likely, however, is that parents and students will have more options, and that the action of choosing those options, will create a more dynamic system of testing those options. This alone will be a dramatic improvement over the expensive, slow, and culturally painful process of implement a large scale change in today’s ossified “district-based” system, where nearly every school is merely a franchise of a federally run school system. Furthermore, the probability is high that a decentralized system will be less expensive as well, as smaller, more nimble, schools do not require the administrative overhead of today’s “compliance-based” bureaucracy.

Of course, once you start talking about decentralizing education, the entire Government Education Complex engages in the process of defending its hard-won turf. Decentralization means dis-empowering the decades-long accretion of bureaucrats, union bosses, and private contractors that live off the yearly cash flow of education spending that reached $634 billion in 2013 (latest year available).

Simple legislative tools, such as charter schools, vouchers or education savings accounts, bring out the hammer and tongs of the entrenched education bureaucracy. They argue that this money diverts money from the local school district or our “already struggling public schools.”

This is beside the point. If a parent is unhappy with a local school, and believes they may have access to a better option, then denying the school district of funds is a pointless argument. Education spending should benefit the student, not the local bureaucracy.

Sadly, charters, vouchers and other mechanisms that might decentralize education will likely never take enough hold to truly do what the necessary dismantlement of today’s centralized system. The political clout of the established system is too great to allow enough funds (or students) to be pulled from their maw.

While there is value in doing what you can to expand your education options legislatively, the fact is that we are on the cusp of developing an entirely new way to decentralize government schools. Just leave them.

What if they gave an expensive, bureaucratized school district, and nobody came? Welcome to the “micro-school.” While very early in the development stages, the fact is that these new, small, schools are starting up across America. Maybe it is time you thought about starting one too.

Building upon the proven success of home schooling, American parents can now choose a wide variety of curricula, on-line resources, and tutors / teachers to educate their children. I lack the space in this article to provide all the details, but it suffices to say that all the pieces are in place for an exodus from the centralized system, and the moment you choose that option, you have essentially succeeded in decentralizing education in the only part of America that is most important to you – your kids and your home.

Yes, you will still be on the hook for all the taxes that the district system eats, but instead of fighting the impossible battle of convincing voters to cut that spending, convince them to open a small school with you instead. As more people leave for better options, the constituency for all that wasteful spending will shrink. It is time to do to government schools what Priceline did to travel agents.

Please click the links below to find out more about micro-schools, and how they might be the “killer app” the finally puts a stake through the heart of America’s mediocre, expensive, and sclerotic Government Education Complex.

Bruno Behrend is a Senior Fellow at the Heartland Institute and a free lance writer on education policy.

Larry Burkett Was Right–About A Lot of Things