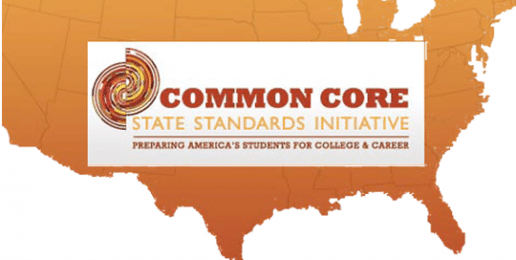 Most Americans have heard the term Common Core Standards (CCS), but many have little idea what those standards are, who created them, or what is troubling about those standards, which are a significant step in the movement toward nationalizing public education. What’s remarkable is that this governmental overreach is managing to achieve the nearly impossible: unify the political left and right. Even the extreme leftwing Wisconsin-based Rethinking Schools says that the process by which these standards were developed involved “‘too little honest conversation and too little democracy.’” CCS with their yawn-inducing name are anything but innocuous. Americans best turn off their televisions and spend a little time looking at the history, players, and problems associated with the adoption of these standards while there’s still time to jump ship.

Thanks to the concerted efforts of a relatively small number of vigilant individuals and organizations, a groundswell of bipartisan opposition to this effort is intensifying and with good reason. There are huge problems with adopting Common Core Standards, including the vast expansion of government bureaucracy, loss of local control over education, high costs of implementation, invasive individual tracking of children, and the dumbing down of curricula that will follow in the wake of this Bill and Melinda Gates/Barack Obama/Arne Duncan power grab.

Four states (Alaska, Nebraska, Texas, and Virginia) have rejected CCS. Minnesota has rejected the Common Core math standards, and Alabama, Georgia, Indiana, and South Dakota are revisiting the implementation of them. As constituent knowledge of CCS increases, so does constituent opposition. (Their opposition extends also to curricula like those developed by CSCOPE).

The deeper one digs into this labyrinthine and incestuous story, the more confusing it becomes, so a few preliminary statements are in order.

First, I will not include—nor could I include—every detail about this story.

Second, when discussing those who stand to profit financially from the CCS initiative, please don’t think IFI is criticizing capitalism. Profit-making becomes profiteering when the process is insulated from market forces. Our concern is the absence of free market forces in the development and sale of curricular, testing, and professional development (i.e., teacher-training) materials. These materials, which align with the CCS, have already been produced—though not tested—and are now available even though the CCS are not scheduled to be implemented until the 2014-2015 school year.

Third, we and many others are concerned that this has been a top-down initiative largely concealed during its planning phase from state stakeholders. Education becomes corrupted when concealed from major stakeholders, which is to say, parents and other taxpayers.

There appears to be an unholy alliance between purported non-profit education organizations; for-profit businesses that produce curricula, testing materials, and teacher-training materials; our government schools; and our elected leaders, which needs to be untangled and exposed.

In 2008 the Council of Chief State School Officers (CCSSO) (a private trade organization) and the National Governors Association decided to create the CCS with the central goal of developing “some uniform standards to get more low-performing students into college courses without needing remedial courses once they got there.” Actually, according to the American Principles Project, initially  the idea for these national standards came from “private interests [primarily the Bill and Melinda Gates Foundation] in Washington D.C. without any representation from the states. Eventually the creators realized the need to present a façade of state involvement and therefore enlisted the National Governors Association (NGA) [a trade organization that doesn’t include all governors].” Then the Bill and Melinda Gates Foundation provided funding to a private organization called Achieve to develop the standards, the final version of which were released in June 2010. (This is not the only troubling involvement of the Gates Foundation in education. More on that tomorrow.)

The next significant step in the propulsion of the CCS was President Obama and Secretary of Education Arne Duncan’s plan to incentivize, or perhaps more accurately, coerce, states into “voluntarily” adopting these standards. That plan was the cunning “Race to the Top” competition. Chicago pals Obama and Duncan made $4.35 billion available to states, but the catch was that bonus application points would be awarded to those states that adopted CCS. In other words, the odds of a state winning Race to the Top money increased if they “voluntarily” adopted the CCS. It was the equivalent of affirmative action college admission policies, and in this lousy economy, it was the ethical equivalent of extortion.

President Obama and Secretary Duncan often say that the Common Core standards were developed by the states and voluntarily adopted by them. This is not true.

They were developed by an organization called Achieve and the National Governors Association, both of which were generously funded by the Gates Foundation. There was minimal public engagement in the development of the Common Core. Their creation was neither grassroots nor did it emanate from the states.

In fact, it was well understood by states that they would not be eligible for Race to the Top funding ($4.35 billion) unless they adopted the Common Core standards. Federal law prohibits the U.S. Department of Education from prescribing any curriculum, but in this case the Department figured out a clever way to evade the letter of the law.

It should be no surprise that Illinois, old stomping grounds of Barack Obama and Arne Duncan, has embraced Common Core standards and the filthy lucre ($42.8 million) that is used as a bribe to lure states in.

Achieve has a 20-state consortium called the Partnership for Assessment of Readiness for College and Careers (PARCC) that develops Common Core-aligned assessments (i.e., tests), and which received $186 million dollars of federal funds from the Department of Education’s Race to the Top. Greg Forster explains what is so problematic about this:

The Department of Education is forbidden by law from developing a national curriculum. This reflects the clear judgment of the people and their congressional representatives, expressed forcefully on all the previous occasions when this issue has come up, against handing over control of education to a single national body.

In lieu of an outright establishment of a national curriculum, the Department has spent the past year pressuring states to “voluntarily” adopt the education standards promoted by the private organization Common Core. At the same time, it has hired two consortia to develop curriculum materials and tests based on the Common Core’s vision. These materials are being developed behind closed doors, with no transparency or accountability to the public.

To further expose the incestuous relationships among the CCS players without boggling already boggled minds, let’s look at just three of them.

Phil Daro and Sally Hampton served on the committee that drafted the common core standards which were released to the public in June 2010. They also worked for the non-profit educational reform organization America’s Choice, which in August 2010, the for-profit educational publishing company Pearson Education announced it was purchasing. Pearson, which bought the non-profit organization for which Daro and Hampton worked, is now profiting from the “voluntarily” adopted Common Core Standards. Pearson has been awarded “the contract to develop test items that will be part of the new English and Mathematics assessments.”

David Coleman is considered the “architect” of CCS. Until 2007 he worked for McGraw-Hill, a company that publishes educational curricula. He left McGraw-Hill in 2007 to start a non-profit organization that played a critical role in the formation of the CCS. And surprise, surprise, McGraw-Hill already has CCS curricula available. (McGraw-Hill even has curricula available that aligns with the Next Generation Science Standards, about which very few taxpayers have even heard.)

Coleman is now the president of College Board that creates the SAT and AP tests. The College Board has recently announced its intention to redesign the tests to align with CCS, which means that even private and home schools will be compelled to align their curricula with CCS in order for their students to succeed on these critical college admission exams.

As it now stands, 45 states have bought into the Common Core scheme to nationalize education, despite the fact that there has been no field-testing to determine the standards’ efficacy. As with Obamacare, it appears most of the country is going to jump headfirst into stygian waters even as a swelling number of prescient guards are screaming at us to stop.

Your support of our work and ministry is always much needed and greatly appreciated.  Please consider standing with us by giving a tax-deductible donation HERE, or by sending a gift to P.O. Box 88848, Carol Stream, IL  60188.