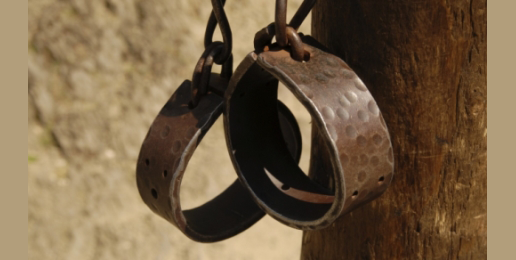 For 11 years, Professor Duke Pesta gave quizzes to his students at the beginning of the school year to test their knowledge on basic facts about American history and Western culture.

The most surprising result from his 11-year experiment? Students’ overwhelming belief that slavery began in the United States and was almost exclusively an American phenomenon, he said.

“Most of my students could not tell me anything meaningful about slavery outside of America,” Pesta told The College Fix. “They are convinced that slavery was an American problem that more or less ended with the Civil War, and they are very fuzzy about the history of slavery prior to the Colonial era. Their entire education about slavery was confined to America.”

The origin of these quizzes, which Pesta calls “cultural literacy markers,” was his increasing discomfort with gaps in his students’ foundational knowledge.

“They came to college without the basic rudiments of American history or Western culture and their reading level was pretty low,” Pesta told The Fix.

Before even distributing the syllabus for his courses, Pesta administered his short quizzes with basic questions about American history, economics and Western culture. For instance, the questions asked students to circle which of three historical figures was a president of the United States, or to name three slave-holding countries over the last 2,000 years, or define “capitalism” and “socialism” in one sentence each.

Pesta said he believes these students were given an overwhelmingly negative view of American history in high school, perpetuated by scholars such as Howard Zinn in “A People’s History of the United States,” a frequently assigned textbook.

What’s more, he began to observe a shift in his students’ quiz responses in the early 2000s. Before that time, Pesta described his students as “often historically ignorant, but not politicized.” Since the early 2000s, Pesta has found that “many students come to college preprogrammed in certain ways.”

“They cannot tell you many historical facts or relate anything meaningful about historical biographies, but they are, however, stridently vocal about the corrupt nature of the Republic, about the wickedness of the founding fathers, and about the evils of free markets,” Pesta said. “Most alarmingly, they know nothing about the fraught history of Marxist ideology and communist governments over the last century, but often reductively define socialism as ‘fairness.’”

Pesta also noted that, early on, his students’ “blissful ignorance was accompanied by a basic humility about what they did not know.” But over time he said he increasingly saw “a sense of moral superiority in not knowing anything about our ‘racist and sexist’ history and our ‘biased’ institutions.”

“As we now see on campus,” Pesta said, “social justice warriors are arguing that even reading the great books of Western culture is at best a micro-aggression, and at worst an insidious form of cultural imperialism and indoctrination.”

Pesta argues that Coleman, now president of the College Board, “has further politicized the teaching of history, reducing the story of Western culture to little more than a litany of crimes, exploitations, and genocides, while simultaneously whitewashing the history of ideologies like socialism and communism.”

Despite no longer giving the quizzes, Pesta told The Fix that he continues “to seek effective ways to teach students the literature of Western culture, which it is not only alien and complex, but often condemned by students before it is truly encountered.”

“We must absolutely teach those areas where Western culture has fallen short, but always with the recognition that such criticism is possible because of the freedoms and advantages offered by Western culture,” he said.

This article was originally posted at TheCollegeFix.com