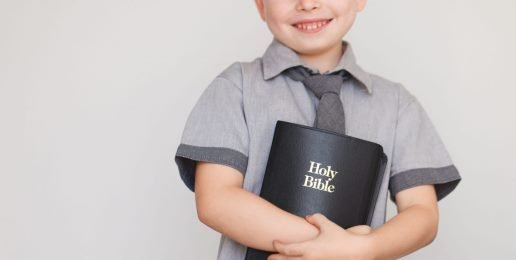 A concerned parent sent me this. It’s the school newspaper for Mary Ellen Henderson Middle School in Falls Church, Virginia. Among the other hard hitting pieces of journalism targeted at children, ages 11-13, is an article on “transgender rights.”

The article explains how Obama “improved the lives of transgender people by fighting the discrimination against them,” but all of that is now in jeopardy because of President Trump. The next article delves into the intricacies and wonders of various forms of gender identity, including “transgenderism,” “non-binary,” “bigender,” “agender,” “demigender,” “genderfluid,” and “genderflux.” I’m obviously more innocent and naive than the typical middle schooler these days, so I’d never even heard of some of these. For anyone else who may be curious, here’s how the last three types of genders are explained to an audience of pre-pubscent kids:

Genderfluid and Genderflux: Genderfluid refers to someone whose gender changes between any of the above categories. For example, someone may feel female one day, male another day, and agender the next day. Similarly, genderflux refers to someone whose gender changes in intensity. This typically means that someone’s gender will fluctuate between agender and a different gender, which could be binary or nonbinary. For example, someone might sometimes feel completely female, sometimes demigender, and sometimes agender.

Did you get all that?

Someone can partially not have a gender, while the other part of them has three genders, and the third part is a futon. These are the notions being implanted in our kids’ heads in their public schools. The average 7th grader in America may not be able do basic arithmetic without a calculator or name the Allied Powers during WW2 or understand the difference between “there” and “their,” but you can bet he’ll be able to identify 112 different genders and explain them in terms explicit enough to make a grown man blush.

If we have not yet reached a point where a mass exodus from the public schools is warranted, when will that point arrive? Are we waiting until they start bringing in nude hermaphrodites to teach sex ed? I suppose even that wouldn’t be enough incentive for some of us. “I can’t shield my kid from what’s going on out there!” “Be in the world, not of the world!” “Naked she-males are a part of life! I can’t keep him in a bubble forever! He’s 9 years old, for God’s sake!”

Look, I know that public school may really be the only option for some people. There are single parents of little economic means who find themselves backed into a corner where government education appears to be the only choice. And if a parent can’t or won’t homeschool, a private Christian education can be prohibitively expensive. Not only that, but some Christians schools are as bad as, or worse than, the average public school. Abandoning the public school system is not an easy thing, and it presents many hurdles that, right now, may be impossible for some people to get over. The collapse of the family unit, not to mention our recent economic woes, have contributed to creating a dependence on public education. Not everyone can break free all at once, I realize.

I had this discussion on Twitter recently, and it prompted several emails from Christian parents who appear to believe that kids should still be sent to public school, even if there are other valid options available. They suggested that, somehow, the sort of madness outlined above could present faith-affirming opportunities for our children, and we would actually be depriving them of something if we did not give them access to those opportunities. They claimed that public school is a “mission field” where our kids can be “salt and light” to their friends. They said that it’s not fair to our kids or our communities if we “shelter” them. They suggested that somehow it’s our children’s duty to minister to the pagan hordes. They said that “the system” needs our kids.

A few responses to this rather confused point of view:

First of all, “the system needs our kids” is just a weird and creepy statement. It reminds me of something someone would say on Black Mirror or the Twilight Zone. Here’s the truth about “the system”: It’s not my job to give it what it needs. Even less is it my kid’s job. There’s nothing in the Bible that says we must dedicate ourselves to maintaining a government-run education system at any cost. My first responsibility is to my family, not to the community or the school system or my kid’s classmates. I will never put the interests of “the system” above that of my own children. Whether “the system” lives or dies is not my concern. My family is my concern. I have an obligation to them, not to the local superintendent.

Second, anyway, if I did put my kids in “the system” for the sake of “the system,” I’m not the one making the sacrifice. I’m forcing my kids to make it. At least face what you’re doing. When it comes down to it, the burden of public schooling is something your child will have to shoulder, not you.

Third, yes, my kids will eventually be exposed to all kinds of strange and terrible things. As much as I’d like to keep them shielded from the evils of the world forever, I know that I can do no such thing. The question is not whether our kids will be exposed to this or that depravity, but when and how and in what context? Are you prepared to trust the school’s judgment on when Junior is ready to learn about concepts like “transgenderism”? Do you trust their judgment on how he learns about it, and what he’s told about it? If you do, I suppose you aren’t even reading this post right now because you’ve been in a vegetative state for the past 30 years.

Fourth, when a kid is sent to public school, he’s expected to navigate and survive and thrive in a hostile, confusing, amoral environment, basically untethered from his parents, 6–8 hours a day, 5 days a week, 9 months a year, for 12 years. Is a child ready for that challenge by the time he’s 5 years old? Is he ready at 8? At 10? No. Our job as parents is to “train them up in the way they should go,” equip them with the armor of God, fortify them in the truth, and then release them into the world. That process has not been completed in conjunction with them first learning how to tie their shoes. I mean, for goodness’ sake, most adults can’t even manage to withstand the hostilities and pressures of our fallen world for that amount of time. And we expect little kids to do it? That’s not fair to them. It’s too much to ask. Way too much. They aren’t equipped, they aren’t ready, they aren’t strong enough, and they will get eaten alive.

Let’s take just this one example of the gender insanity. Our kids, in public school, will be in a world where concepts like “transgenderism” and “demigenderism” are normal, healthy, cool, and rational. They’ll be in a world where even recognizing basic biological realities is considered bigoted and oppressive. They will be in this environment literally from their first day in kindergarten. Can a child spend his entire young life in such an atmosphere and emerge on the other end with his head still on straight? It’s possible, I suppose, but you’ve never had to do that. I didn’t have to do that. I went to public school, but it wasn’t as bad as it is now. So I would be asking my kids to live up to a spiritual and mental and moral challenge that I myself have never endured, and I’ll be asking them to do it every day for 12 years, starting sometime around their 5th birthday.

Not fair. Just not fair.

Fifth, related to the last point, your child is not ready to be a missionary. He cannot be a “witness” to others until he himself has been properly formed in the faith. It’s no surprise that most of the young “missionaries” we commission and send forth to minister to the lost souls in public schools quickly become one of the lost souls. We don’t need to sit around theorizing about whether the missionary approach to education is wise or effective. We already know that it isn’t. The vast majority of the parents who think their kids are being “salt and light” to their peers in school are simply oblivious to the fact that their little Bible warriors have long since defected and joined the heathens. You can hardly blame the kids for this. They’re just kids, after all. They aren’t warriors. Warriors are trained and disciplined. Children are neither of those things. I imagine this is why St. Paul didn’t travel to Athens and Corinth recruiting toddlers to help him carry the Gospel into pagan lands.

Education is supposed to prepare a child to carry the torch of truth.  That is, he’s supposed to be ready to carry it once his education has been completed. This should not be a “throw them into the deep end to see if they can swim” strategy. They can’t swim. You and I can barely swim, morally and spiritually speaking, and we’re adults. Do you expect your child to be more spiritually mature and morally courageous than you?

Now, I do fully believe, ultimately, that our job is to be lights in the darkness. I make that very argument in the last chapter of my book:

All I know is that God put us here to be lights in the darkness, and however dark it gets, our mission does not change. Dostoevsky wrote that stars grow brighter as the night grows darker. So the good news is that we have the opportunity to be the brightest stars for Christ that the world has ever seen, because we may well live through its darkest night.

But a flame must first be lit, stoked, and protected before it is the bright, raging fire that we all must be if we expect to survive in this culture. Our children’s education is supposed to facilitate that process, not interfere with it. Our children should be fires for Christ because of their education, not in spite of it. We can’t compartmentalize the “spiritual” part of their upbringing, reserve it for evenings and weekends, and allow the lion’s share of their educational experience to be dominated by humanism, hedonism, and godlessness. Education is not supposed to work that way. And it doesn’t really work at all that way, as we’ve seen. Or, if it does work, it is only in cases where the child possesses an almost superhuman level of maturity, intelligence, and moral courage. And maybe some children really are almost superhuman in that way. But most of them aren’t, yours probably aren’t, and you probably aren’t. That’s just the reality of the situation, and we have to deal with it. I find it ironic that so many parents who expect their children to “face the realities of the world” have not faced it themselves.

This article was originally posted at TheBlaze.com

Look What’s in Store for Public School Students in Illinois–YIKES!
b
a
x
r