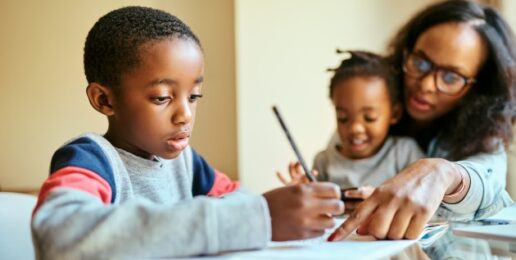 A new report out this spring from the U.S. Census Bureau adds more data to what we know about the increase in homeschooling rates during the pandemic.

The report, released in late March, includes data from all 50 states and looks at the changes in the rate of homeschooling between last spring and the start of the new school year in the fall.

“The U.S. Census Bureau’s experimental Household Pulse Survey, the first data source to offer both a national and state-level look at the impact of COVID-19 on homeschooling rates, shows a substantial increase from last spring — when the pandemic took hold — to the start of the 2020-2021 school year,” write Casey Eggleston and Jason Fields, the authors of the report.

A handful of states showed the homeschooling rate virtually flat, and two states even showed slight decreases, but generally speaking, the number of families homeschooling has increased across the country.

(One note on the data: “A clarification was added to the school enrollment question to make sure households were reporting true homeschooling rather than virtual learning through a public or private school,” the report notes. This clarification was added between weeks 1 and 16 of the survey. If anything, this would seem to suggest that the initial homeschooling rates could have been overstated, meaning the rate of increase could be even greater.)

Nationally, the homeschooling rate more than doubled from about 5.4 percent to 11.1 percent.

Here in Illinois, the rate also more than doubled from 2.1 percent to 5.4 percent.

The growth wasn’t limited to specific regions, with some of the largest increases coming in such diverse locales as Alaska, Florida, Vermont, and Oklahoma.

“It’s clear that in an unprecedented environment, families are seeking solutions that will reliably meet their health and safety needs, their childcare needs and the learning and socio-emotional needs of their children,” Eggleston and Fields write.

The report also notes that “Homeschooling rates are increasing across race groups and ethnicities.” The largest increase, however—by a wide margin—came among those who identified in the surveys as Black or African-American, with a five-fold increase (3.3 percent to 16.1 percent). That’s a big change. Imagine if the same level of increase had happened among all groups. We’d be looking at a national homeschooling rate north of 25 percent.

Of course, we know that many of these new homeschoolers opted for home education under stressful circumstances. As such, we could speculate that not all of them were necessarily enthusiastic about the choice. Even so, I think it’s safe to assume that some number of these folks will stick with homeschooling even after the pandemic ceases to be a concern. For some, the pandemic may have been the last nudge needed to push them toward a choice they were already seriously considering.

“From the much-discussed ‘pandemic pods,’ (small groups of students gathering outside a formal school setting for in-person instruction) to a reported influx of parent inquiries about stand-alone virtual schools, private schools and homeschooling organizations, American parents are increasingly open to options beyond the neighborhood school,” the report says.

If you’re looking for silver linings in the midst of all that’s happened in the last year, surely this is a good one to notice. Seeing more families opt out of government schooling and choose home-centered education instead is a welcome development. Lord willing, we’ll see the numbers continue to increase even post-pandemic.

If you’re new to homeschooling in Illinois, be sure to check out Illinois Christian Home Educators, including their upcoming annual conference—which you can attend either in-person or virtually.