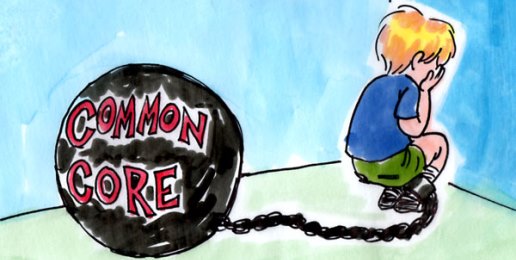 Analysis: Top 5 Reasons Common Core Has Been a Disaster
12.05.14
PRINT

Implementation of the Common Core State Standards Initiative has not gone well, supporters and critics alike now agree. Understanding why the education reform has been so rocky could aid future policy initiatives.

Here are five of the main reasons Common Core has been a disaster.

Common Core was put into effect sneakily, rather than through the usual deliberative and democratic processes.

The Common Core is a set of math and English standards for K-12 education developed by the National Governors Association and the Council of Chief State School Officers, both of which are non-governmental organizations. Neither Congress nor state legislatures were involved in developing the standards.

For comparison, look at how President George W. Bush’s education reform, No Child Left Behind, was implemented. That legislation was debated in subcommittee hearings, committee hearings, and on the floors of the U.S. House and Senate before being passed on a bipartisan vote. While the debate was taking place in Congress, there was a public debate, with newspaper reports and pro and con arguments presented in editorials, news programs and water cooler talk across the nation. None of that happened when states adopted the Common Core.

The Common Core was developed in a private meeting by a non-governmental body. States were then encouraged to adopt the standards in an Department of Education grant competition that was part of the 2009 stimulus bill.

Even some Common Core supporters now admit that the way it was implemented was a mistake. At an American Enterprise Institute panel in October, Chris Minnich, current executive director of CCSSO and the council’s strategic initiatives director of standards assessment and accountability in 2009, said that Common Core would be better off today if the federal government had not been involved by creating incentives and funding the testing consortia.

By the time the standards had made its way to teachers, students and families, most were taken by surprise. And due to the lack of deliberative democracy, proponents had not gone through the difficult task of building public support before the policy was thrust onto the public.

Common Core supporters also made the mistake of characterizing critics as a bunch of crazies. A May Christian Post analysis pointed out many examples of this.

Common Core critics have been derided as “fringe voices,” people who are “comfortable with mediocrity,” an “ideological circus” with “hysterical claims and fevered accusations” from “the market-share-obsessed talk-radio crowd,” “far-right,” a “mediocrity caucus,” and “white suburban moms” opposed to educational progress.

Demonizing critics created additional problems for the Common Core. First, supporters lost legitimacy when these claims were easily demonstrated as false. Some of the harshest critics have been liberals, academics and teachers.

And second, by demonstrating an unwillingness to listen to the critics, Common Core supporters reinforced the critic’s view that Common Core is top-down and elite-driven. The arrogance of these Common Core supporters is similar to that of “Obamacare” architect Jonathan Gruber, who said that implementation of President Obama’s signature healthcare reform law had a “huge political advantage” in its “lack of transparency” due to the “stupidity of the American voter.”

3) No Trial and Error

Rather than pushing Common Core on an unsuspecting public using backdoor methods, supporters should have started small.

In the United States federalist system, states are often described as “laboratories of democracy.” Policies can be tried by early adopter states while other states wait to see the results. If the results are positive, other states will adopt them.

At the AEI October panel, Frederick Hess, director of education policy studies at AEI, said that 10 to 15 states likely would have adopted the Common Core on their own, even without the federal incentives. Hess is neither for nor against the Common Core standards, but has been critical of how they have been implemented.

If Common Core had started that way, Hess noted, it would have been “a truly and genuinely kind of state-led effort, which if it was working and being implemented well, others would have wanted in.”

4) No Process to Improve Them

The developers of the Common Core did not leave in place a process to improve the standards.

So, as education historian Diane Ravitch has pointed out, if a state wanted to change the standards, how would they do so? The answer is not entirely clear.

Legally, a state should not be able to change a copyrighted product it does not own. But, who would a state go to for permission? And, if a state violated the copyright, who would sue them anyway? Others have even argued that the Common Core is not something that should have been able to obtain a copyright in the first place, because, according to copyright law, “ideas, methods, or systems” cannot be copyrighted.

Some states, like Florida, have made changes to the Common Core. Those changes appear to be mostly additions to the standards, which is legal, rather than changing the existing standards.

Suppose, however, that each state does ignore the potential copyright issues and changes the Common Core to its liking. That would undermine one of the main purposes of the Common Core to begin with. One of the primary impetuses for having a Common Core was that it would be, well, common. Having all, or many, states on the same set of standards, comparisons could be made across states and resources could be pooled for texts and testing materials. So, without a national process for improving the standards, the reason for having common standards in the first place has already been undermined.

Now that the secretive, top-down, elite-driven education reform was thrust onto unsuspecting students, parents and teachers, American taxpayers will wonder why they are being asked to pay for what is turning out to be an extremely expensive project with most of the benefits going to a few large companies.

As Julian Vasquez Heilig, professor of educational leadership and policy studies and the director of the doctorate in educational leadership program at California State University, points out on his blog, the work groups who designed the Common Core were comprised of five employees of ACT, two employees from a Pearson affiliate, six employees from Achieve, seven employees from The College Board and two employees and co-founders of Student Achievement Partners. Teachers and administrators were part of the group that reviewed the standards but not the group that wrote the standards.

Parents and teachers may look at that situation and wonder if those who wrote the standards did so in the interests of their children or in their self-interest. There is, however, a more important question raised by Common Core cronyism.

In all likelihood, those who wrote the standards see no conflict between their self-interest and what is best for American students. They are, after all, involved in those companies (many of which are non-profit) because they believe the work of those companies is to the benefit of students.

The larger question that should be asked, then, is — why should they get to decide education policy for the nation? As Vasquez Heilig pointed out, those involved in writing the Common Core have a particular view of education (which he wrote more about here and here). It is a legitimate view of how children should educated, but it is not a view shared by all educators, parents and education professors. There are equally legitimate alternatives that should also be part of the national dialogue on education reform.

Americans hold certain expectations of how education should be reformed — with parent and teacher input; through deliberation (both talking and listening) and democratic processes; and through trial, error and re-reforms at the local and state level. Common Core did none of those things and that is why it has been a disaster.

This article was originally posted at the ChristianPost.com website.