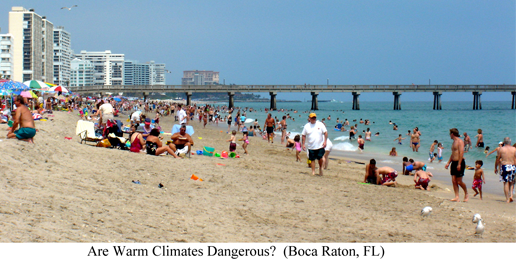 Never Have U.S. Health Professionals Been So Foolish
08.19.19
PRINT

Last month, 74 US medical and public health groups released a “U.S. Call to Action,” declaring climate change a “true public health emergency” that can be solved by “urgent action.” The statement calls for a transition away from hydrocarbon energy and a move to a low-carbon economy. But actual weather and health trends don’t support either the alarm or the demanded actions.

The statement proclaims that “extreme heat, powerful storms and floods, year-round wildfires, droughts, and other climate-related events” are caused by “fossil fuel combustion,” which is said to be the “primary driver of climate-change.” They go on to say that we can solve these problems by transitioning away from hydrocarbon fuels, coal, oil, and natural gas, and toward renewable energy and energy efficiency. 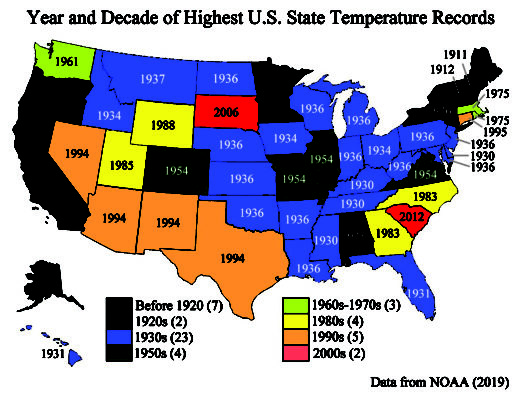 This year has also been a year of floods in the Mississippi River valley. Unfortunately, our medical professionals now parrot the idea that floods and droughts are more extreme than in past years. But NOAA has very good records over the last century for the portion of the continental US that is either very wet or very dry, using a metric called the Palmer Drought Index. The index shows no significant trend of increasing drought or flood over recent decades. 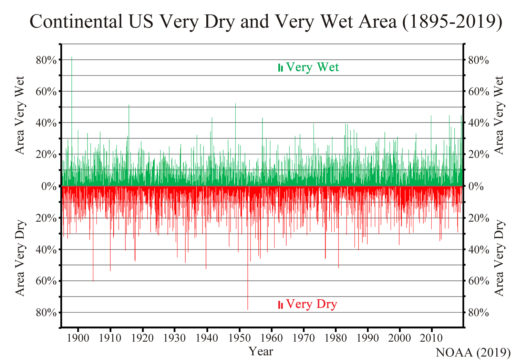 “Powerful storms” are listed by the health statement as one of the results of human-caused global warming. Hurricane Barry dropped up to 15 inches of rain on parts of Louisiana earlier this month. The storm was said to be stronger from human emissions. 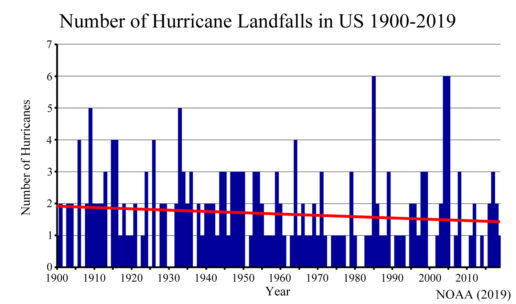 Last year’s forest fire disasters in California were blamed on human-caused global warming. Health professionals now appear to believe that wildfires are “year-round” and caused by emissions from our industry and vehicles.

But recent Congressional testimony by Dr. Judith Curry disputes this conclusion. Dr. Curry provided evidence that the U.S. area burned by fires prior 1930 was at least as large as today. She also cited a study that showed that the percent of U.S. sites reporting fires was much larger prior to 1900, before fire-suppression techniques were used.

In fact, rather than being a health crisis, much evidence shows that moderately warmer temperatures are good for people. The U.S. influenza season is approximately November through March every year, during the cold months. The influenza season in the Southern Hemisphere is during the southern winter months. More people get sick during periods of cold temperature than during hot temperatures.

The climate alarm from health professionals defies common sense. According to data from NOAA, NASA, and the Climate Research Unit in East Anglia University in the UK, average global surface temperatures have warmed only one degree Celsius in 135 years, since 1880.

And why do most U.S. senior citizens retire to Florida, Texas, and Arizona, rather than North Dakota, Maine, and Alaska? Don’t they know our medical professionals say that warm climates are dangerous?

The belief that changing light bulbs, driving electric cars, and erecting wind turbines can improve human health is as medieval as the belief that bloodletting can cure disease.

Steve Goreham is a speaker on the environment, business, and public policy and author of the book Outside the Green Box: Rethinking Sustainable Development.