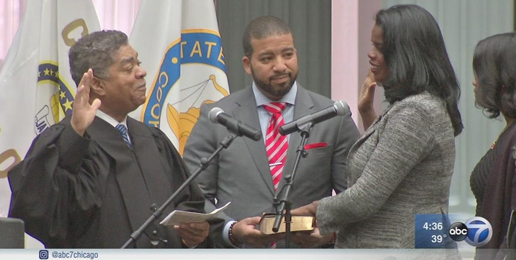 Shocked by the Continued Violence
08.08.18
PRINT

I, along with many others, am shocked about the amount of violence this past weekend.

Cook County Board President Toni Preckwinkle has publicly stated that way too many black males are incarcerated and she has made it her mission to address her concerns. She has influenced State’s Attorney Kimberly Foxx, Chief Judge Timothy Evans and Sheriff Tom Dart to adjust their policies to follow her beliefs.

State’s Attorney Foxx has instructed the Felony Review Unit of her office to limit the number of felony charges brought against individuals who are arrested with a firearm within Cook County. The Chicago Police Department has recovered over 5,000 firearms in 2018 but I doubt if even half of those arrested was charged with a felony. The clearance rate for murders in Chicago is under 15% for 2018 and if one removes the domestic related homicides and the homicides were the offender is deceased one will unfortunately discover that the actual clearance rate is under 10%.

I have been informed that detectives have asked Cook County State’s Attorney’s Office (Felony Review Unit) to approve charges against individuals on many other cases but have been turned down because they want additional evidence. I was really shocked when I heard that of the 66 reported homicides from July 2018 have resulted in prosecution in only 1 incident.

Sheriff Dart is allowing individuals already on parole or who have failed to appear in the past for a hearing to walk the streets on home monitoring. There have been credible reports that many of those released on home monitoring are not being tracked by his office and he is failing to advise the public of same.

The police are trying their best but the remainder of the criminal justice system is failing the citizens of Chicago.

Note: I am a retired police officer with 33+ years of service with the Chicago Police Department and was fortunate of having served in doing investigative work for 30+ years of my career including assignments of Commander of Vice and Narcotics, Deputy Chief of Organized Crime and Detective Division and Deputy Superintendent of Internal Affairs.