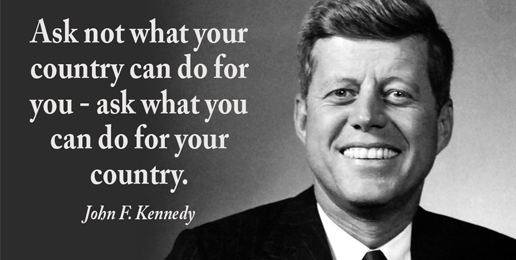 Traditional Thanksgiving observances came and went, with little if any mention of the November 22nd anniversary of a young President’s assassination in 1963.  President John F. Kennedy, at the apex of his political ascension, challenged every American to “.. ask not what your country can do for you, ask what you can do for your country.”